The Skoda Vision IN will be powered by a 150 PS 1.5-liter turbocharged petrol engine

Production version of the Skoda Vision IN compact crossover is not very far from its market launch as suggested by the latest spyshots of the prototypes. Automotive enthusiast Aman came across a pair of camouflaged test mules of the upcoming Skoda SUV on the old Mumbai-Pune highway.

Skoda Vision IN SUV at a glance

Skoda’s answer to the immensely popular Kia Seltos and Hyundai Creta is a similarly sized crossover which derives heavily from the Europe-spec Kamiq. Skoda India, which leads the R&D operations of VW Group in the country has been working intense on localizing the modular MQB A0 IN platform. 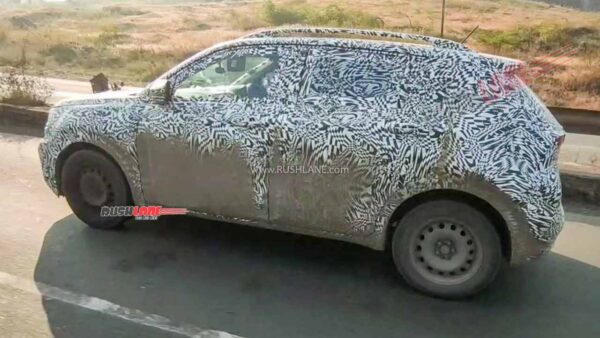 This will underpin a range of vehicles from both the brands. The VW Taigun and production version of Vision IN are slated to be the first products of this architecture.

Though the test mules were camouflaged, we can clearly make out the quintessential Skoda design language with an instantly recognizable grille and a simple bumper. The India-spec SUV employs two-part headlamp design but compared to the Kamiq, the upper element is larger. The crossover will feature several India-spec design elements including exclusive exterior color options and interior trims to suit the local taste. 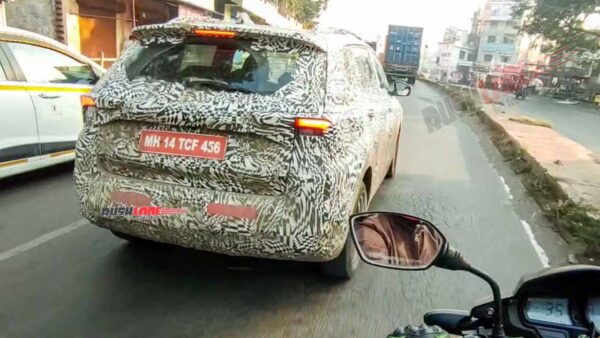 Speaking on the interior, the spyshots gives us a quick glance on the prototype’s dashboard. While the production-spec panels are hidden underneath the cloak, we can make out a stand-alone touchscreen infotainment display above the center console. The overall layout is consistent with that of the concept which in turn derives its inspiration from the Europe-spec Kamiq.

Skoda will be aiming to position the Vision IN production model as a premium product and hence we expect it to come with all the bells and whistles. A configurable color TFT instrument console, just like in the Kamiq, would give the Skoda SUV an edge over its rivals. Needless to say, the vehicle will offer features like automatic climate control, state-of-the-art connectivity features, multiple airbags, ABS, EBD, alloy wheels, LED headlights, and so on. 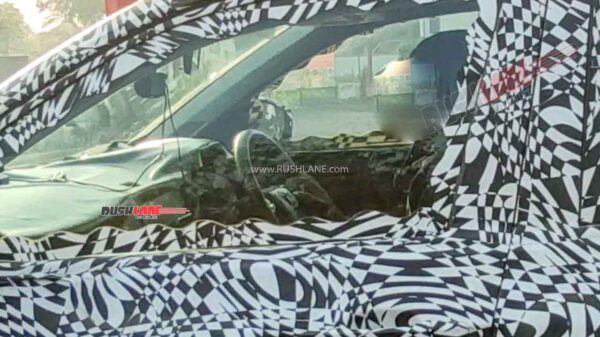 The new Skoda Vision IN SUV for India will be powered by a 1.5-liter turbocharged petrol engine producing 150 hp. Both manual and DSG automatic transmission options are expected to be on offer. The crossover will be capable of accelerating from 0-100 kmph in under 9 seconds.

Skoda could also offer the smaller 1.0-liter turbo petrol motor on entry level variants in a bid to arrive at an aggressive starting price point. The Skoda Vision IN SUV is slated to be launched in 2021, and from the looks of it, things are progressing as per schedule.