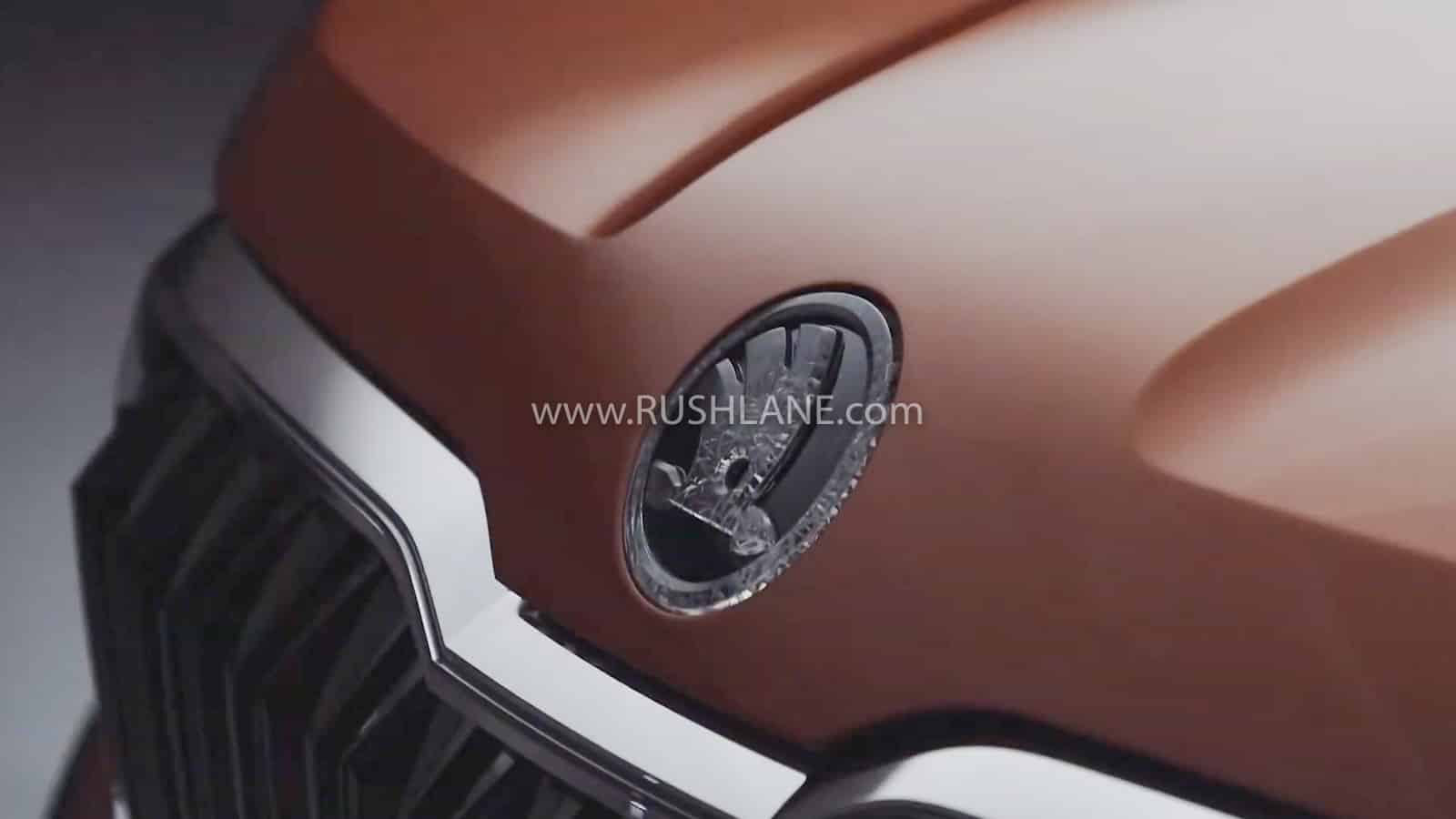 Skoda Vision In is prepped for its Auto Expo 2020 premier in New Delhi in less than two weeks from now. In the build up to D-Day, Skoda Auto has now circulated a teaser video.

The concept study stands in at about 4.26metres. With Skoda reiterating its focus on India, this concept study will eventually take the form of a mid-size SUV specially designed for the Indian market. As outlined, production will begin in 2020-21.

The company deigns its design sketch as a ‘dynamic front of the visually compelling SUV concept study’. No doubt, it reflects an innate Skoda character – A wide bonnet, a large grille and prominent front slabs.

Speaking about the video, Skoda says, “The first video of the ŠKODA VISION IN shows, among other things, a ŠKODA grille with prominent twin ribs outlined in crystal. The twin ribs and the ŠKODA logo above them can be illuminated, creating an impressive front look in tandem with split LED headlights. Crystalline elements also set visual accents in the interior of the VISION IN, for example on the gear selector button in the centre console, under the virtual cockpit and in the form of a new crystalline element on the dashboard. The seat covers have eye-catching decorative seams, and the multifunction leather steering wheel features the knurl wheels in line with ŠKODA’s new operating concept.”

The front face is built around straight and clean lines. Flat split headlight units seem an extension of the front grille. Bonnet design appears crisp yet layered. Prominent roof rails are definitive. OVRMs appear chiselled. The front apron is the coming together of a myriad of design lines. The LED DRLs or fog lamps are separately housed. Large side air intakes set precedent for the huge aluminium front spoiler.

The 3D rear lights appear funky. Though by and large, the rear has multiple horizontal elements running parallel. A light strip connects the reflectors. Illuminated Skoda lettering features at the rear centre. An aluminium diffuser runs a full line across the rear apron underneath.

As part of the ‘INDIA 2.0’ project, a range of Skoda and Volkswagen cars will spawn off the MQB A0 IN platform of the Modular Transverse Matrix being developed for India. This localised MQB A0 IN platform forms the basis of the soon to be showcased Skoda Vision In concept study.