The Vision X concept will translate into a new crossover, which will be placed below the Kodiaq & Karoq in Skoda’s line-up. As of now, in that spot, Skoda has the Yeti SUV. Does this mean, that the Vision X will be replacing Yeti from the company line-up?

The new Vision X concept represents Skoda’s vision of an urban crossover for the future. On first look, it looks inspired from its larger siblings, namely the Kodiaq & the Karoq but one shall not confuse it for just a down-sized crossover. The highlight of the concept lies under the hood, as it comes along with a sustainable drive concept which combines power outputs from a CNG-&-petrol powered engine along with power outputs from 2 electric motors.

The Vision X is powered by a 1.5-liter G-TEC four cylinder engine which can run on CNG & petrol, both. The multi-fuel motor has been mated to a turbocharger which helps it deliver 128 bhp & 700 Nm of torque.

Adding to the output from the engine are the electric motors: the belt-driven starter generator of the engine and another one on the rear axle, which jointly provide an additional 70 Nm of torque. The overall range of the concept is 650 kilometres, thanks to an additional petrol reserve tank.

On the inside, the concept has a funky & futuristic look, thanks to the multiple accents which run across the dashboard, doors, pillars, seats & the centre console. A large tab-like console takes care of the infotainment duties while the driver gets a futuristic digital instrument cluster. 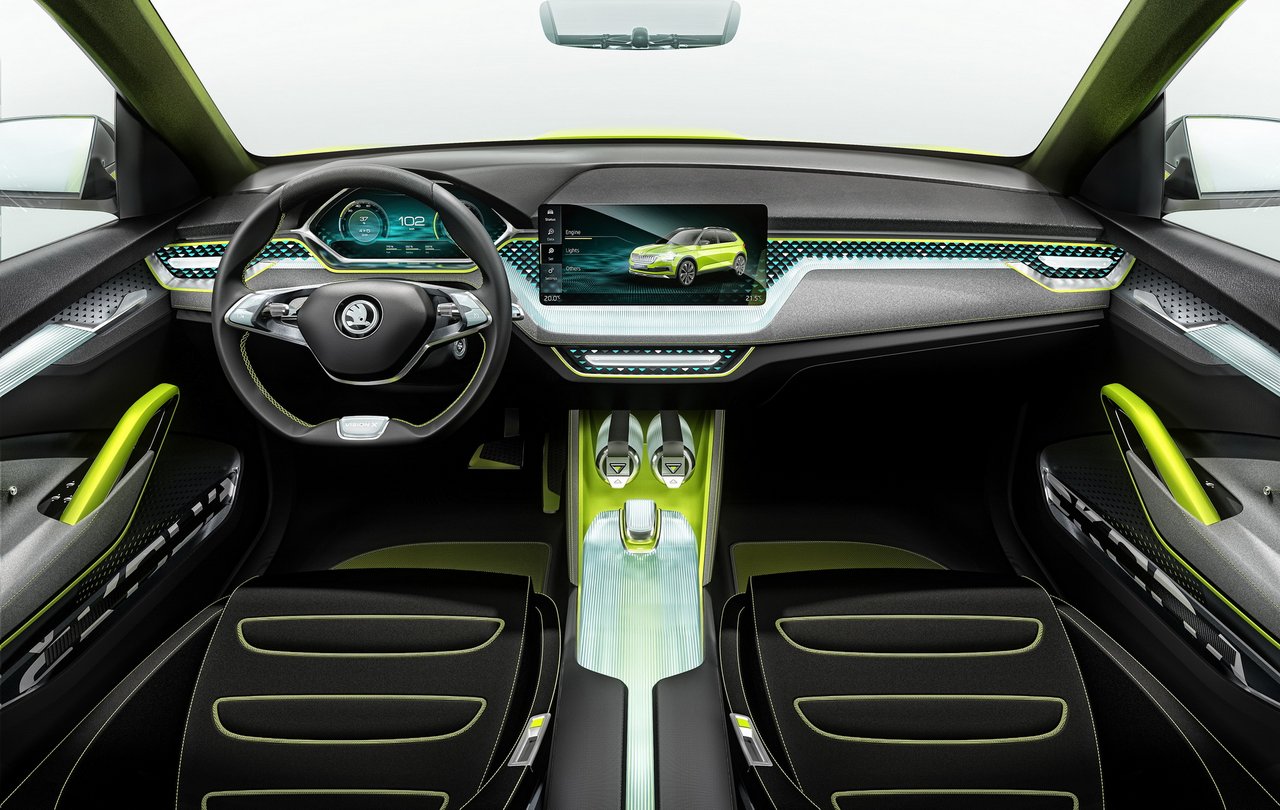 The Vision X has the dimensions of a medium sized crossover, measuring 4,255 mm in length, 1,807 mm in width and 1,537 mm in height. The boot has a decent capacity of 380 litres. The unveiling of the production variant could take approximately 18 months and one can expect the debut of the car around the second half of 2019.