Total domestic sales in August 2020 stood at 8,205 tractors, highest ever recorded by the company

Sonalika Tractors, a part of the Sonalika Group, headquartered in Hoshiarpur, India, offers a range of 20 to 110 hp tractors. They noted outstanding sales in August 2020.

This was the fourth month that the company has witnessed growth, allowing it to set a new record, and performing better than industry growth of 73 percent. Domestic MoM comparison is at marginal decline from 8,219 units. Exports too declined marginally from 2,004 units. Prior to total July sales of 10,223 units, the company reported 15,200 tractors sold in June 2020. 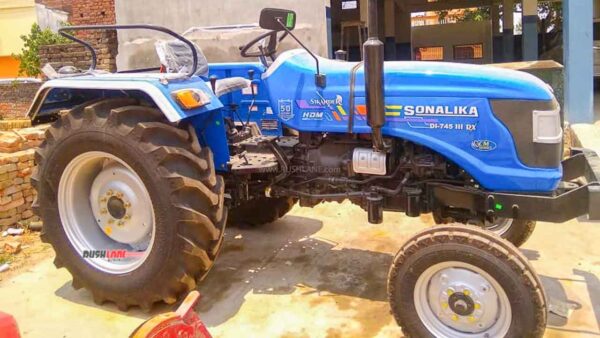 April to August sales growth was also the highest in the tractor industry with 27.1 percent increase in sales. This allowed Sonalika Tractors to command a top spot in domestic growth.

Following these outstanding sales in the past month, Sonalika Tractors now looks forward to healthy growth over the months ahead. The higher kharif crop sowing, favourable monsoons and higher demand for mechanization by farmers in the country will combine to contribute to increased sales. The upcoming festive season also contributes 40-45 percent of overall volumes.

Creating this new record and attaining market share has been a result of the company’s strong foundation and its investment in a leading vertical integrated plant. It also gains from having the largest channel partners and efficient supply chain. The new tractors launched by the company have seen advanced technology features with no significant increase in prices thus allowing the farmers to upgrade and enhance productivity and income. The current economic atmosphere sees agricultural performance gain despite national quarterly GDP decline in Q1 FY21. Positive agricultural performance has helped the tractor segment to post positive growth trajectory.

Sonalika Tractors has a total of 24 depots and a 983 strong dealership network across the country. Financial institutions are also aggressive in funding new tractor sales fuelling recovery in the past few months. Of the company’s total range of tractors, it is the Sikander series, launched two years ago, that has commanded most of the demand contributing 75-80 percent of total sales.

The company also announced plans to launch the 4 new tractor models – Tiger, Sikander DLX, Mahabali (for Telangana) and Chhatrapati (for Maharashtra). These tractors will offer customization options to buyers and will address the local needs of farmers. With this new range, the company expects to contribute 20-25 percent volumes to overall sales in the future.