The favourable monsoon, high kharif sowing and several favourable Government policies for farmers has led to increased demand for tractors and farm implements. Riding high on this sturdy demand is Sonalika Group that has experienced its highest ever H1 sales. The Hoshiarpur based tractor makers have reported sales of 63,561 Tractors and 26,530 Farm Implements during the April to September 2020 period.

Taking into account sales in September alone, Tractor sales grew by 51.4 percent with 17,704 unit sales which included both domestic sales and exports. This was the company’s highest ever monthly sales breaking all previous records. Overall tractor sales of 63,561 units is also the highest ever H1 sales that the company has experienced.

Farm Implement sales which stood at 6,400 units in August 2020, increased 135 percent as against sales in the same period of the previous year. The H1 sales of 26,530 units also created record braking FY20 sales in just 6 months. With increased demand expected over the upcoming festive season, the company is boosting inventory to cater to this demand which could contribute to 40-45 percent of gross volumes. 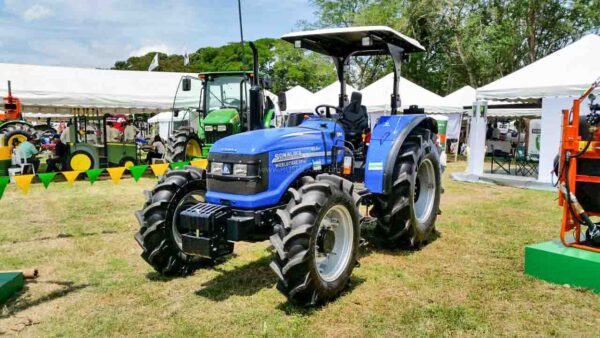 International Tractor Limited, a part of Sonalika Group, has a pan India network of 983 dealerships and 24 depots. It is a leading tractor manufacturer not only in terms of tractor sales within the country, but also where exports are concerned.

The company has recently introduced four next-gen series tractors – Tiger, Sikander DLX, Mahabali and Chattrapati. Each of these tractors has been well received and greatly contribution to its outstanding sales even when the country is going through one of the worst phases due to the COVID-19 pandemic.

Sonalika Tractors expects to see increased demand in the months ahead. The upcoming festive season coupled with favourable policies as announced by the Government of India would boost demand. More funds have been allocated towards rural development and agriculture. This has led to increase in cash flows and coupled with special schemes for farmers with lower rates of interest and higher minimum support pricing will have an overall positive effect on sales.

Along with the increased demand for Tractors, there is also an increase in mechanization of farms which has led to added demand for farm equipments. The farm mechanization penetration in the country stands at an average of 45 percent from seed bed preparation to harvesting.