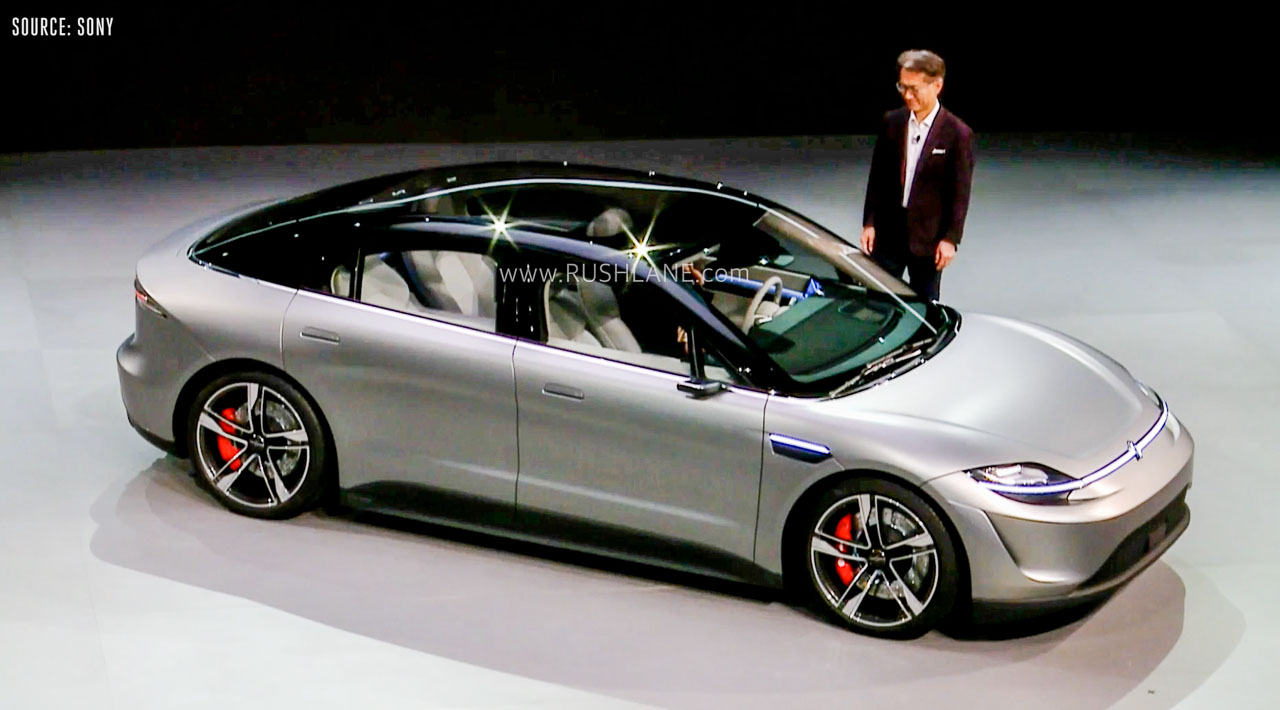 Sony electric car has made its global debut. Sony Vision-S electric concept car is not a bid by the company to get into the auto industry but is designed to help Sony sell components.

For this new sedan prototype, the company has partnered with industry leaders such as Bosch, Continental, Genetex, Nvidia, Magna, and Nvidia. It is an effort to show off the Japanese technology in terms of entertainment products and camera sensors, etc and will in no way go on to production.

Sony’s Vision-S concept sports a total of 33 different sensors, both in its interiors and exteriors. Some of these are used for safety features like obstacle and pedestrian avoidance while the others are integrated into the infotainment system. Take a look at the debut video below.

The Sony electric car concept is also seen with a host of widescreen displays, 360 audio, continuous connectivity and is positioned on a newly design electric vehicle platform sourced from auto supplier Magna. It is this very platform that can also be used for other vehicles from sedans to SUVs.

The Vision-S concept bears a striking resemblance to Porsche electric car, more particularly where its headlamp design is concerned. The sides look similar to the Lucid Motors Air while the interiors get a dashboard screen akin to that seen in the cars that Byton, the Chinese EV maker puts into their vehicles. There are also screens for passengers at the rear which are integrated into the headrests for the front seats.

Sony’s CEO Kenichiro Yoshida states that this Vision-S prototype embodies the company’s contribution to the future of mobility and showcases the company’s efforts in safety, electrification, and entertainment. It fits into the company’s strategy wherein over the past the company has started building and selling key technologies as a supplier. The Sony camera sensors are also found in leading smartphones including the latest iPhone Pro.

The fully connected system will allow for over the air updates, autonomous driving, adaptive cruise control and highway assistance and will use cameras to monitor driver’s attention.

Sony Corporation President & CEO Kenichiro Yoshida spoke at the Sony press conference held ahead of the exhibition’s public opening, stating that “Creativity is a powerful driving force that moves Sony forward. When it is combined with our technology, it is unstoppable.”