If you are thinking that Bugatti Chiron still holds the title of being world’s fastest production car, be ready to get surprised. Since it has been beaten comprehensively by a relatively less known car.

SSC Tuatara, an American hypercar holds this position now with a recorded breath-taking top speed of 331 mph (533 kmph). Take a look at its top speed video below.

Details of the test conducted

This record attempt was attempted by SSC North America earlier this month on October 10 on a seven-mile (11.27 km) stretch of two-lane Highway 160 outside Las Vegas. This is the same stretch where Chiron showcased its speed and attained the previous record. 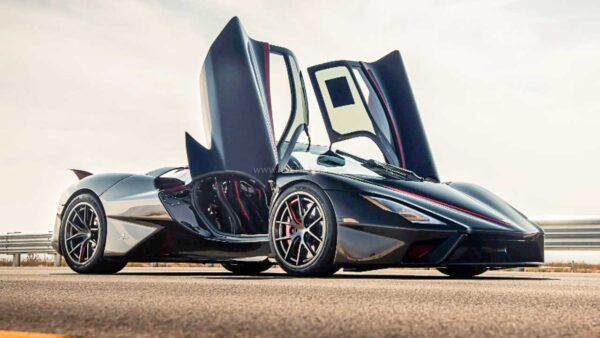 In this case, behind the wheels of Tuatara was a young English professional driver Oliver Webb. To make it more challenging SSC equipped its latest hypercar with regular street tyres and non-race fuel.

Reading such figures will surely taking us time to sink them in. What made it more challenging, according to the driver were very little crosswinds which could have affected the lap-time a wee bit.

SSC, unlike other hypercar brands like Bugatti, Lamborghini and Koenigsegg have a limited footprint and boast of no large supportive groups. The privately owned brand was previously called Shelby SuperCars Inc., which inspired its current name.

Coming to the Tuatara, it draws its power from a 5.9-liter twin-turbo V8 engine which is mated to a 7-speed DCT transmission and spits out a massive 1,750 horsepower. What’s even more impressive is its dry weight which measures just 1,247 kg.

This gives us an idea of its power to weight ratio. Plus its over-the-top aerodynamic design helps its case further. Only 100 units of this beast will be manufactured over the course of five years. Each of these units will cost $1.6 million.