Police arrests organizer for sticking Ad on Traffic sign board 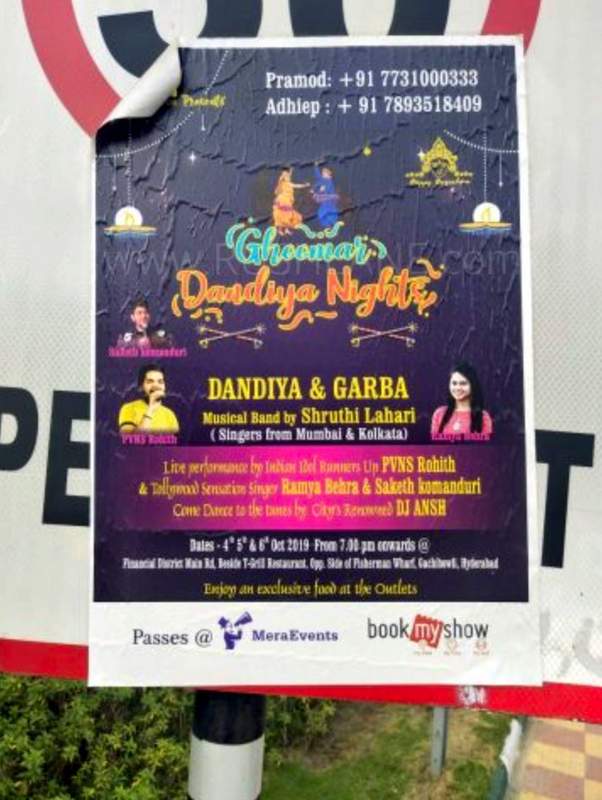 Earlier this month, on the occasion of Navaratri, a Ghoomer Dandia Night was organized in Hyderabad. The dates were 4, 5 and 6th of October 2019 and banners announcing this event were pasted at strategic places to draw the attention of the general public.

What started off as a fun event however resulted in the organizers being arrested by the Hyderabad’s Gachibowli police station. Their crime was that these posters and pamphlets were pasted on traffic signboards blocking out the message of speed limits which could cause a serious safety lapse.

Organizers of Ghoomer Dandia Night and those in-charge of Mera Events and BookMyShow have been arrested for destroying public property. The prime accused in P Pramod while other event organizers Deepthi, Adif and organizers of Mera Events and BookMyShow have found cases registered against them for this offence. One is not supposed to stick posters on public property and more so on speed limit signboards.

This is the first of its kind arrest and done to send out a strong message to create awareness of respect of public property. While P Pramod is currently in the custody of the Gachibowli police station, the other organizers are yet to be arrested and a criminal case will be filed against those found guilty for damage to public property.

It is often found that such posters announcing public events are affixed on public property such as barricades, bus shelters, public park signboards and on public toilets but also more dangerously so on traffic signals. Pasting of such posters and banners not only puts traffic safety at risk but also damages the city’s aesthetic appeal.

It was in 2006 that the Delhi High Court had ordered that affixing posters on public property is a criminal offence. It can lead to arrest and jail if the offender is found guilty under two sections of Indian Penal Code.

The same is also seen in Bengaluru where pasting of banners and hoardings can lead to imprisonment under the Bruhat Bengaluru Mahanagara Palike’s (BBMP) Outdoor Signage and Public Messaging Policy 2018.