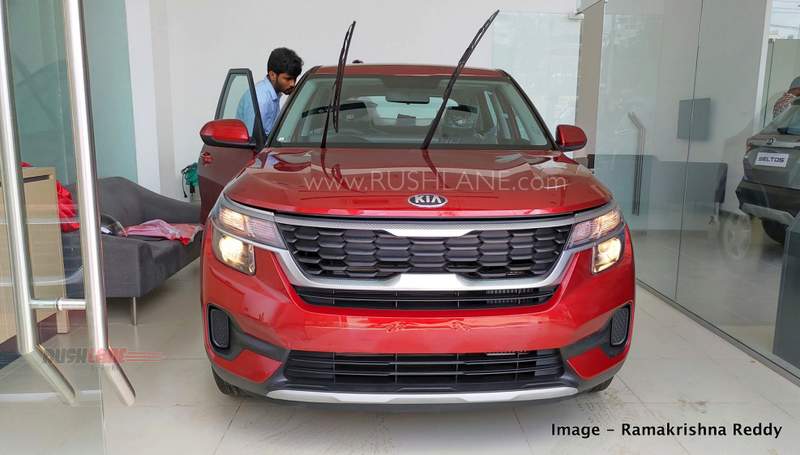 Even as most OEMs struggle with massive YoY slides, Kia, the newest automaker in the country, finds itself in an enviable position of scrambling to meet the demand. With well over 40,000 orders, the Kia Seltos crossover is flying off the showrooms as fast as the company could manufacture it.

So, it is not a surprise that the South Korean crossover topped the list of best selling mid-size SUVs in India last month. Kia sold 7,754 units of Seltos, sealing the top spot with a fair margin. We expect the SUV to top the charts for several months to come.

Second position was taken by Seltos’ cousin, the Hyundai Creta which clocked 6,641 units. This is a YoY decline of 40% as the SUV managed to sell 11,000 units during September 2018. The Creta is approaching the end of its lifecycle quite fast and next gen model is almost ready to take over.

The good-old Mahindra Scorpio fills the final podium slot with a tally of 3,600 units which is just 9% off its performance during the same month last year. With the next generation model in advanced stage of development, one shouldn’t discount the ladder-frame SUV’s potential in this crossover-dominated segment.

The MG Hector finished fourth with sales of 2,608 units last month but only due to production constraints at the company’s Halol facility. MG will be upping the production capacity to 3,000 units per month from October and is open to another ramp up should the demand stays high.

With Bharat New Vehicle Safety Assessment Program (BNVSAP) crash test regulations kicking in this month, we think September 2019 was the Tata Safari’s last month on sale. It ended with a sales figure of 79 units. The Renault Captur continued its awful run in September as well with only 18 units leaving the factory.

Overall, the mid-size SUV segment registered sales of 25,153 units, marking a 12% decline compared to September 2018. Things would have been worse had it not been for the Seltos and Hector.