Rumors emanating from Indonesia suggest that Suzuki is working on introducing fifth variant of its popular Burgman maxi-scooter lineup. As of now, the sporty automatic scooter is available in four avatars – 125 (available in India), 200, 400 and 650.

Iwanbanaran reports that the new Suzuki Burgman variant would be sporting an engine displacement of around 175-180 cc. The new variant could be a replacement of the 200 cc variant in a world with ever-tightening emission norms but nothing can be said with absolute certainty.

If the Suzuki Burgman 180 is under development, the engine will have to be an all-new unit developed from scratch. The chassis, suspension and braking system, however, could be borrowed from the 200 cc variant of the maxi scooter. 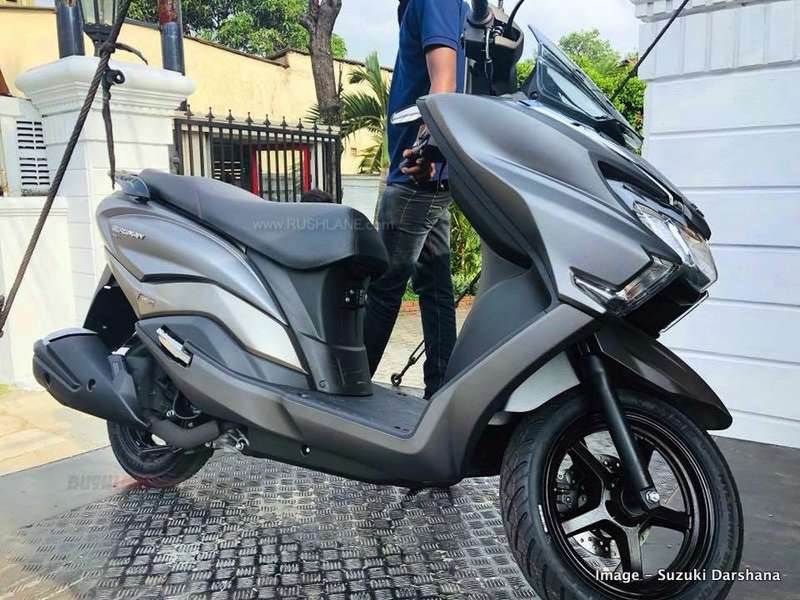 Though all Burgman scooters belong to same school of thought, the designs permit individuality and hence we expect the 180 cc variant to continue this tradition. In any case, a new Burgman variant would remain true to the family traits such as a massive front heavy bodywork, a generously proportioned windscreen to completely shield the rider, comfortable stepped seat, alloy wheels, front and rear disc brakes.

The rumor suggests that the Burgman 180 will be a global product so we can expect dual-channel ABS, tubeless tyres, digital instrument cluster, LED headlamps, alloy wheels, fuel injection system and so on. The international-spec Burgman 200 currently has 17.68 hp and 16.8 Nm of torque in store and if the new variant is intended to be a replacement, we expect the output figures to be in the same territory.

The performance on offer would make the Burman 180 a good commuter as well as a decent medium distance tourer. In global markets, its strong selling points would be an attractive price point, adequate performance, comfortable seats, and good brand recall.

Automatic scooters may be extremely popular in India but the majority of sales is accounted for by 100-110 cc models. The premium scooter segment is still relatively nascent in India and we don’t see the 180 cc variant to be introduced here immediately when it is ready.

However, if the Indian government goes ahead and bans all IC-engined two wheelers with displacement below 150 cc, then there is a chance that Suzuki may replace the current Burgman 125 with the new variant. Mind you, the existence of a 180 cc variant is still a rumor with no solid evidence to back it up.