One of the fastest growing two wheeler brands in India, Suzuki Motorcycle will be launching a new motorcycle on 7th October. This has been confirmed via company’s latest teaser; which reads – “Introducing A Superior Way To Ride.” In addition to this, there is not much info revealed.

If you look closely, the teaser image text has been imposed on a shape which resembles the digital speedometer of the Gixxer and Intruder motorcycles. Considering that the Gixxer series already has been launched with 155cc and 250cc engine option, it is likely that this new teaser more or less is indicating towards the launch of much awaited Intruder 250 cruiser motorcycle. Back in June this year, we had shared leaked patent images of Intruder 250.

Existing Intruder is powered by the same 155cc engine which is seen on board the Gixxer 155cc. Not only that, the two also share a lot of parts like digital speedometer, brake system, etc. With Suzuki launching Gixxer 250 in India, it was only time that the Intruder 250 was launched. 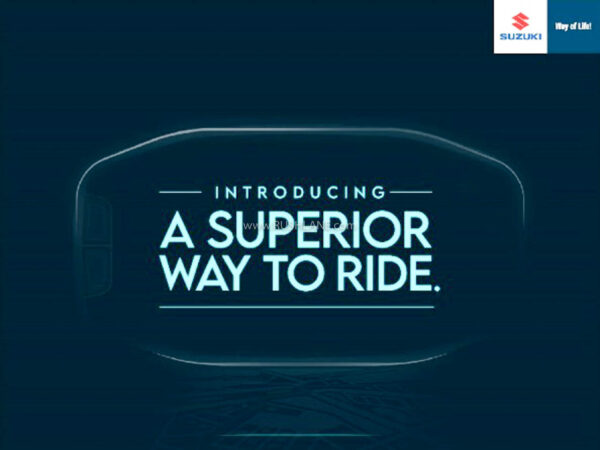 As mentioned before, new Suzuki Intruder 250 will be sharing engine with the existing Gixxer 250. It will be powered by a single cylinder 249cc oil cooled SOHC FI engine which is rated to deliver 26.5 PS @ 9300 rpm of power and 22.2 Nm @ 7300 rpm of peak torque. Engine is mated to a 6 speed gearbox while starter system is electric.

Demand for cruiser motorcycles is on the rise. For long, it has been the territory of Royal Enfield motorcycles like the Classic, Bullet and the Thunderbird change. But times have been changing. In 2018, Jawa arrived; Bajaj also launched a more powerful Avenger – all with the aim to eat into the market share of Royal Enfield. But none have managed to succeed as RE enjoys near monopoly with over 85% market share.

Now, in a span of few days, there is a likely chance that two new cruisers will be launched in India – both will be rival to the Royal Enfield’s. One will be from Honda, which will launch on 30th Sep (to be called Highness), the other will be from Suzuki, in the form of Intruder 250.

With the launch of Intruder 250, Suzuki would be largely aiming at taking on the Bajaj Avenger series, which manages about 6k units sales every month. In comparison, the Intruder only manages about 150 units a month.