Suzuki Intruder 250 or Katana – New official teaser is of which bike? (Update) 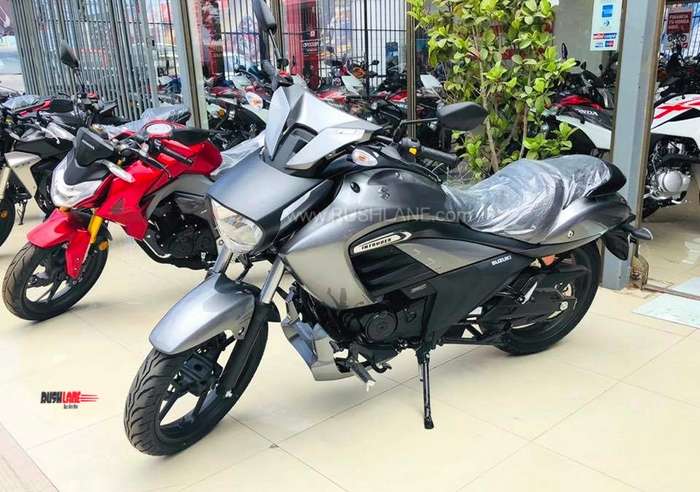 Suzuki Motorcycle India has shared two teaser photos on their social media today. The first photo they shared, says “Into Reality”. A couple of minutes later, they shared another photo, which said, “Deserved to be turned”.

Alone, these two photos do not make much sense. It is when you join these two photos, you get a clearer picture of what Suzuki India is trying to say. When the two teaser photos are placed together, they perfectly blend into a single photo, which now reads – “Deserve to be turned into reality.”

Along with the teasers, Suzuki Motorcycle India has shared captions which read – “#StayTuned to #RideTheLegend”. Apart from this, there is nothing much revealed by Suzuki India. The teaser, and the caption are pointing to the launch of an upcoming Suzuki two wheeler but which one?

The word ‘Legend’ has been regularly used by Suzuki to refer to their new motorcycle, Katana – which made global debut last year at the INTERMOT show. It is named after Suzuki’s popular sportsbike from the 80s, Katana. It has already been launched in Europe. Suzuki Katana official image with smoke in the background also hints towards the possibility that the teaser shared by Suzuki India are that of Katana.

There were a few media reports last year which suggested that the Suzuki Katana would eventually make it to our shores. The niche superbike which is named after a type of sword used by Japanese Samurais is powered by a 999 cc in-line four-cylinder liquid-cooled engine which is tuned to deliver 150 hp. If launched in India, the semi-faired premium motorcycle will be imported as CBU and will be positioned as a collectible item. 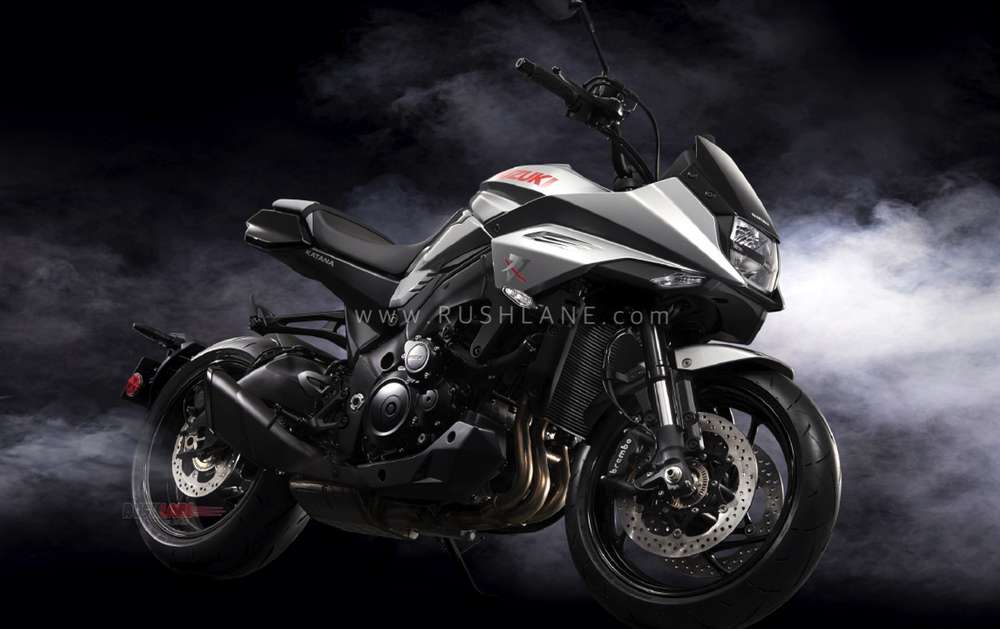 Basically, it is anybody’s guess right now and we think it could also be the Intruder 250 cruiser which has been in the news for quite some time. Either way, we will be knowing for sure in the coming days. Suzuki Motorcycle India has been busy this year, introducing 250 cc variants of the naked and fully faired Gixxers. So, it seems logical that the company would go ahead and introduce the Intruder 250 cruiser to take on the likes of Bajaj Avenger 220, Royal Enfield Thunderbird 350, etc.

The Intruder 250 would be sharing its engine with the Gixxer 250 twins. The single-cylinder oil-cooled motor is good for 26.5 hp and 22.6 Nm of torque. Transmission would a 6-speed unit.

The existing Suzuki Intruder employs the 155 cc air-cooled mill which is also borrowed from the Gixxer family. The cruiser’s bold styling has been received well by the Indian audience but engine is a bit too small for our liking. The 250 cc unit should fix that chink in the armor.

Suzuki’s teaser did not furnish details about the date of introduction of its mystery new product but given that festive season is around the corner, we expect it the unveil before the end of this month.

Update – Suzuki has shared another teaser. This new teaser confirms that the earlier shared teaser was not for launch of a new bike, but for the promotion of their existing big bikes – Hayabusa, GSX750 and V Strom 650.