Folks at Liberty walk LB Performance (LBWK) from Japan, have created custom kits for Suzuki Jimny owners. These custom kits will make public at the Tokyo Auto Salon, but ahead of that, they have shared first official images.

LBWK has successfully managed to transform the Suzuki Jimny into a Mercedes G Class look alike. Not that the Jimny was not looking like a baby G Class before. But after the installation of custom kit from LBWK, the Jimny looks just like the G Class, except for the size difference. 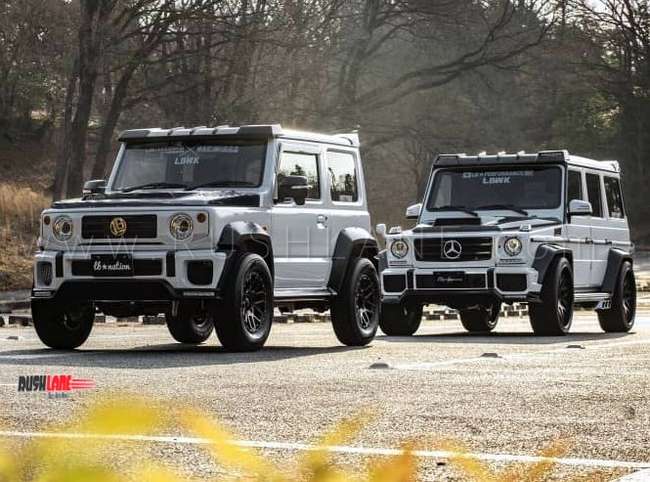 Official images shared by LBWK, show both Mercedes G63 AMG and Suzuki Jimny are clicked side by side from various angles. The similarity between the two cars is rather uncanny.

Thanks to the latest mod-job, Jimny takes on a more rugged stance with extra equipment on all sides, making it look like a miniature Mercedes Benz G-Class. Both cars will be on display at the Tokyo Auto Salon at the LBWK stall starting tomorrow, 11th Jan 2019. LBWK will ship the G-Glass kit to Jimny owners across the world. 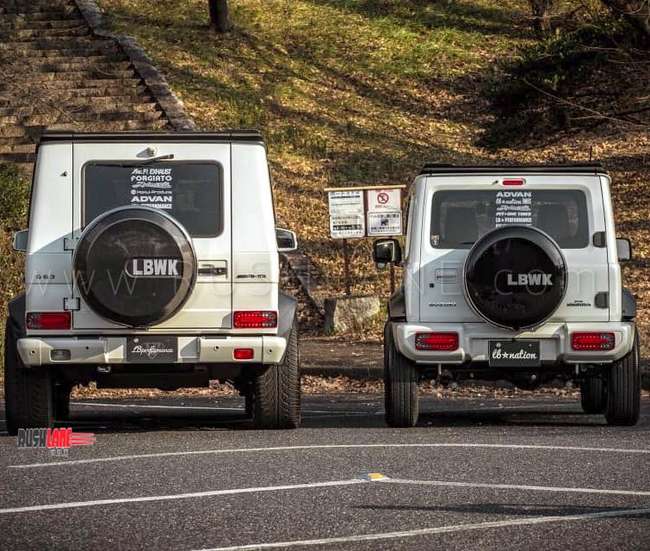 Apart from LBWK’s Jimny, at the Tokyo Auto Salon you will also see an all new Jimny off-road concept made by Suzuki. Called Suzuki Jimny Sierra Pick up Style concept, it will be seen with chunky off-road tyres and built-in tow hooks and spotlights. The Style concept will be joined by the Jimny Survive concept at Tokyo which will be seen with features such as increased suspension, front and rear skid plates, larger tyres and protective roll cage and light guards.

Speaking about the new Jimny, it has been a huge hit in every market it has been launched till date. Everywhere the car is sold out, and waiting period has gone up. In home country Japan, waiting is more than 6 months. In the UK, Jimny is sold out for 2019, and bookings are now being accepted for 2020. It is also reported to be launched in India by 2020.