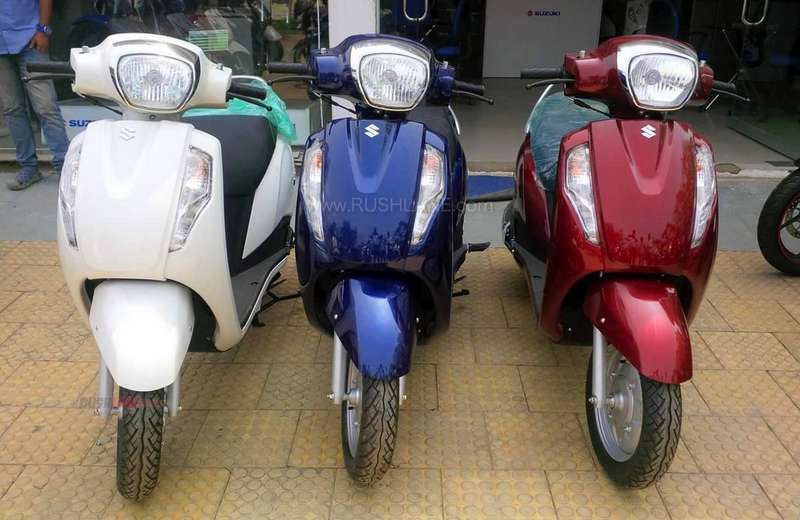 Even as Honda Motorcycle & Scooter India continues it reign in the segment followed by TVS Motor Company, there is a change in the order lower down the ranks. Hero MotoCorp that was at No.3 has seen its position usurped by Suzuki Motorcycle in H1 2019.

As per data released by Society of Indian Automobile Manufacturers (SIAM), the period April to September 2019, Suzuki Motorcycle sales stood at 3,41,928 units of scooters while Hero MotoCorp sales were at 2,49,365 units. These outstanding sales results are due to the success of the popular Suzuki Access 125 scooter. Hero MotoCorp has seen market share fall to 8 percent in H1 2019 with sales dipping 36.23 percent.

Even two wheeler makers such as Yamaha, Piaggio and Mahindra noted de-growth with SIAM stating that the total scooter market declining by 16.94 percent to 31,17,433 units in first half of the current fiscal as against 37,53,064 units sold in the year ago period.

Suzuki Access along with the new variant Access 125 and Burgman 125 has been the reasons for the company success and its double digit growth achieved over the past 6 months. The Suzuki Access was introduced in 2007 and currently contributes to 87 percent of scooter sales and 80 percent to total company sales.

The Suzuki Access 125, priced at Rs.62,490 is the company’s bestselling scooter in India and the largest selling 125cc scooter. It boasts of a conservative design and offering in attractive colors of Pearl Suzuki Deep Blue, Candy Sonoma Red, Metallic Fibroin Grey, Glass Sparkle Black, Pearl Mirage White and Metallic Sonic Silver thus catering to a younger segment of buyers in the country.