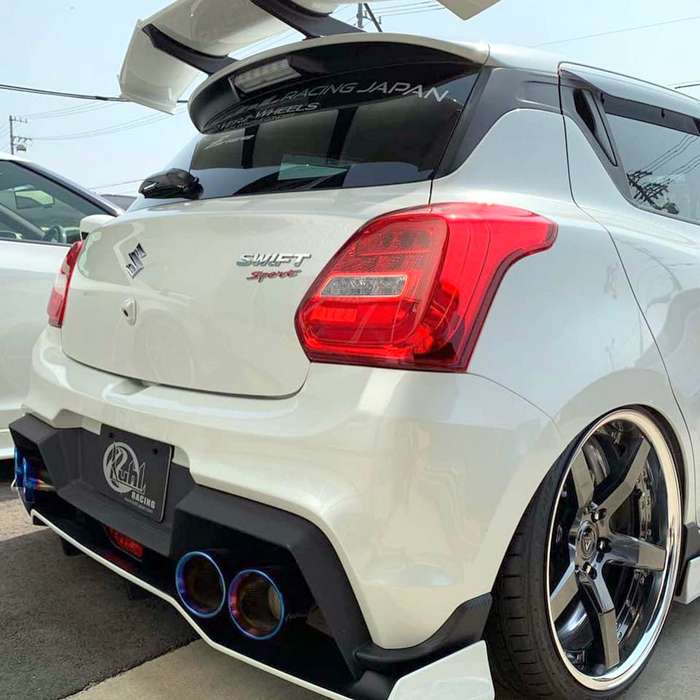 Maruti Swift is a perfect example of a product that was ahead of its times, which explains why it has remained a bestseller ever since it was launched in India in 2005. Swift added dynamism and youthfulness to Maruti Suzuki’s product portfolio and it continues to be one of India’s favourite cars.

Swift has also been a preferred car for modification projects and we have seen quite a few in the past, both in India and abroad. In a recent mod job, Kuhl Racing Japan has carried out some racing inspired customizations on Swift and the final result looks absolutely stunning. Modifications have been carried out on Swift Sport, which unfortunately did not make it to India.

Kuhl Racing Japan appears to have spent a lot of time and effort in customizing Suzuki ZC33S Swift Sports, as all modifications are seamlessly integrated into the stock version of the car. Folks at Kuhl Racing surely have an eye for detail, as hardly any bits seem out of place. 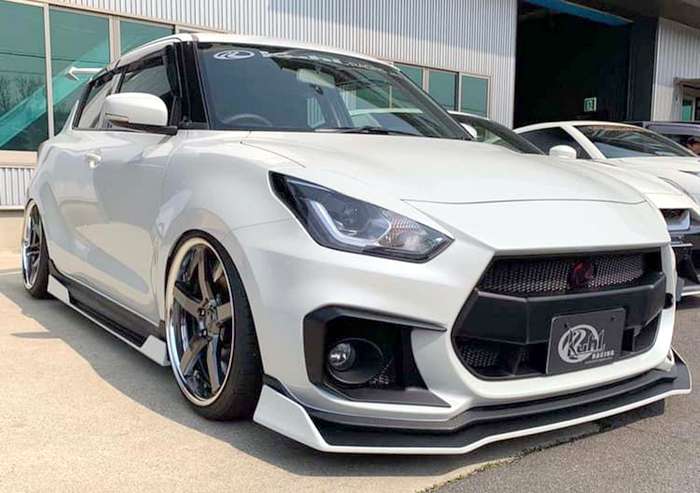 In the modification, Swift Sport gets an aggressive body kit comprising a distinctive front fascia with edgy grille and bumper. Side skirts get an additional layer towards the bottom, in line with the road hugging characteristics of the modified car.

Customized Swift gets the slammed look with key changes such as modified diffuser and lowered suspension. At the rear, Swift gets huge wings mounted on the roof. Stock Swift Sport comes with twin exhaust pipes, which have been increased to four, two each at both ends. Additions to enhance the car’s sinewy profile include the under lip spoiler and five-spoke alloy wheels.

In the Indian market, Maruti Suzuki Swift is preferred for its sporty and agile characteristics, without losing out on the advantages associated with an affordable car. Swift Sport is unlikely to be launched in India, but the Swift RS can be launched here in the future. Swift RS will borrow the 1.0-litre turbo Boosterjet engine from Baleno. Internationally, Swift Sport comes with a 1.4-litre turbocharged Boosterjet engine that generates 140 PS of max power and 230 Nm of max torque. It has a top speed of over 210 kmph.