After getting spied in the remote Nilgiri mountains near Ooty, the new Tata 45X premium hatchback has now been spied on smooth tarmac. The latest spy shots were clicked in the city of Pune, near the company plant where the Harrier is produced.

Expected to be launched by August 2019, the B segment hatchback is slated to be the most powerful and spacious hatchback in its segment. It will take on Maruti Baleno and Hyundai Elite i20 once officially launched in the country. 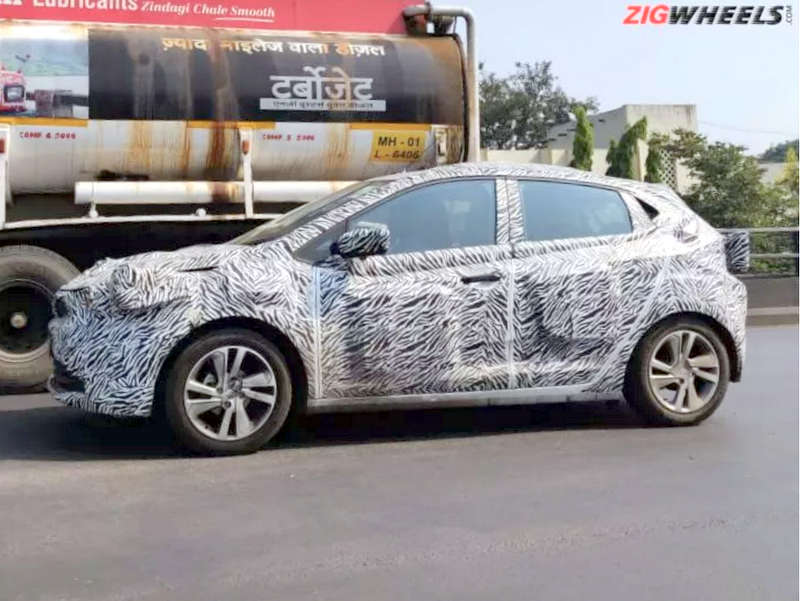 45X has been developed by Tata Motors European Technical Centre PLC (TMETC) in the UK, and positioned on the company’s new Advanced Modular Platform. The concept which was showcased, measured 4,252mm in length, 1,850mm in width and 1,451mm in height. It sits on a 2,630mm long wheelbase. This means, it is larger in dimension as compared to other hatchbacks in its segment.

Interesting point to note here is that – even though 45X concept measured 4,253mm in length, the production version will be in a sub 4 meter segment; just like rivals, so as to take advantage of tax cuts. 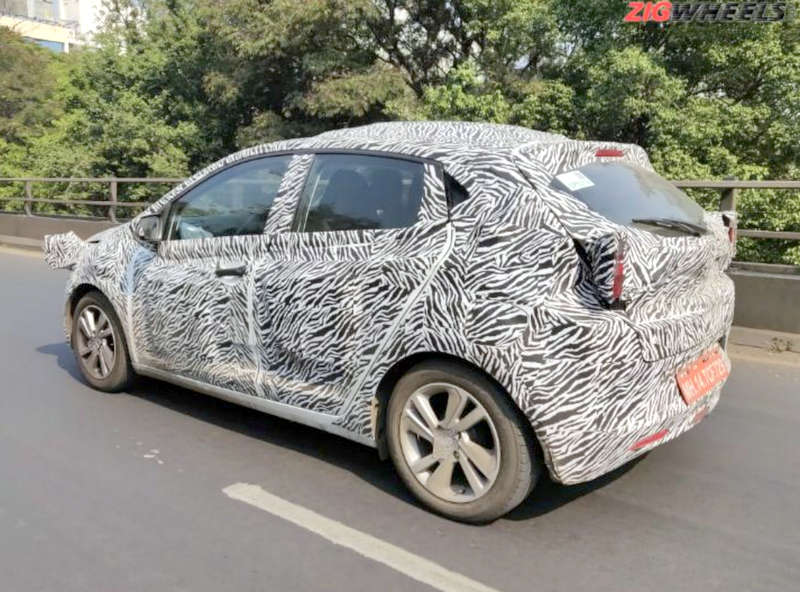 Tata 45X will be the company’s second model to boast of the IMPACT 2.0 design philosophy; after the Tata Harrier. The new Tata hatchback gets a steep belt line, sloping roof and sleek lighting. It also receives conventional door handles in the place of flush door hands on front doors while at the rear there are pillar mounted door handles adding a sporty stance to the hatchback.

Interiors have also been spied. They are seen with a premium cabin with high grade material. It gets a floating touchscreen infotainment system with Android Auto and Apple CarPlay on top end variants. In terms of safety, the 45X receives dual front airbags, seat belt alert, ABS, EBD, reverse parking sensors and speed alert system.

Tata 45X will be powered by similar engines as seen on the Tata Nexon compact SUV. These are 1.2-litre Revotron petrol and 1.5-litre Revotorq diesel engines mated to a 6 speed manual transmission as well as AMT. Tata is also planning to launch a hybrid variant, which will make 45X, the most powerful hatchback in its segment. Prices are expected to range from Rs 5.5 – 9 lakhs.