Rivalries between automakers have existed since the time marketing minds took over the strategy plans for their respective companies. Across the globe, we have seen many such rivalries out of which most of them have been friendly and have lead to some smart and iconic marketing campaigns too.

Back home in India, the most vocal ads of the recent times which took a dig at rivals has been by Bajaj. Dominar ad campaign of Haathi Mat Paalo took a dig at Royal Enfield like never before. However, RE never replied to that.

Recently, it has been Tata Motors that has been active in taking digs at rivals over smart one-liner campaigns. Just earlier this year, in an Altroz ad, they had taken a dig at rivals Maruti Baleno, Hyundai i20 and Toyota Glanza.

Back in 2019, their Nexon ad had taken a dig at Maruti cars over safety. Once again, Tata has released an ad, which takes a dig at rival. Take a look at the ad below.

In the new ad, Tata has decided to take a dig on Hyundai’s upcoming hot-hatch. Tata Motors have been running an all new 2020 Halloween Campaign. Most of the posts are directed towards the festival and the products from Tata’s stable.

However, one interesting post directly takes a hit on the upcoming 2020 Hyundai i20. Tata has posted a short video with a caption, “You can i the trick 20 times, but it’s the treat that you fall for” which is a direct dig on the upcoming i20. 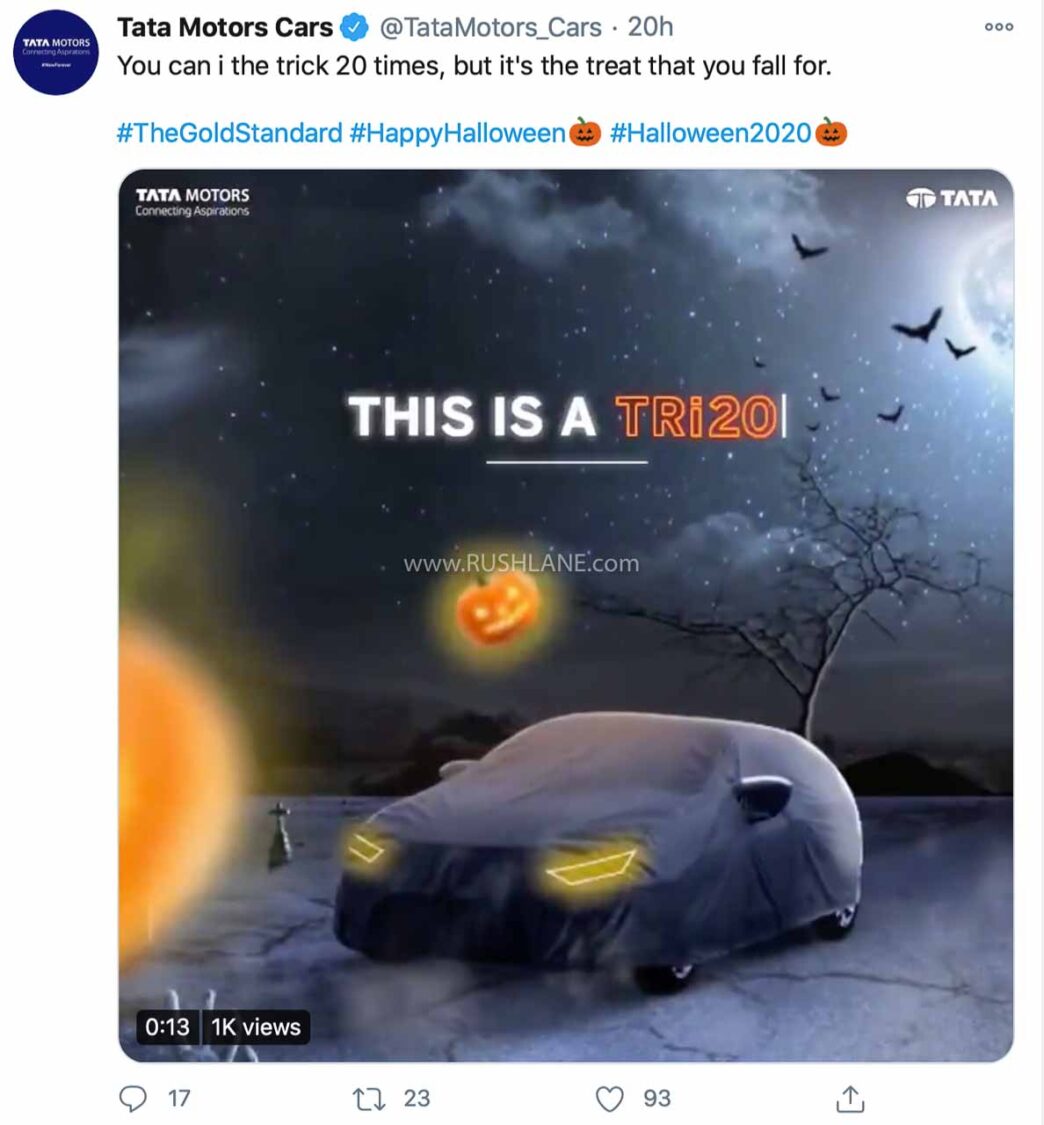 In case anyone had any doubts, they even wrapped a car under wraps to make it clear that they were referring to the yet to be launched 3rd generation Hyundai i20. Basically, they called the i20 a trick and the Altroz a treat. The word play takes a dig at the numerous new features (trick / tr-i20) that comes with i20. Hyundai i20 is all set to become the most feature loaded car in the segment once launched next week in India.

Till now, we haven’t come across any response from Hyundai’s end but it will be interesting to see if folks at Hyundai decide to continue along on the friendly banter. Such banter is very common between brands like BMW/Audi/Mercedes etc., however it is relatively uncommon in India.

Update – Hyundai has replied to Tata’s ad with the caption – “The darkness has found a new treat. This is no trick. The all-new i20 is all set to treat you with its sleek style and thrilling performance. Stay tuned.”

The darkness has found a new treat. This is no trick. The all-new i20 is all set to treat you with its sleek style and thrilling performance. Stay tuned.
.
.
.#Allnewi20 #iami20 #Hyundai #HappyHalloween6002 pic.twitter.com/wxCYInOlai

Talking about the 2020 Hyundai i20, the hot hatch will be launched by the South Korean automotive maker in India on 5th November, 2020. Official bookings of the i20 have already commenced and thanks to multiple leaks and spyshots, a considerable amount of details of the Altroz competitor are already out on the internet, .

Altroz will continue to be a direct rival to the i20. While preference over looks can be personal, from the limited information available, it seems that the i20 could trump the Altroz in terms of the amount of goodies on offer. However, Altroz does have its own forte too, which is safety. As of yet, the India-spec 2020 Hyundai i20 hasn’t been tested by G-NCAP however Altroz has already received a commendable 5-star safety rating.

It will be interesting to see how both the hatchbacks perform in terms of sales. However considering the excitement around the i20, we don’t think that Altroz will be able to make any considerable dent in i20’s sales, at least in the initial days. The story could change over a period of time, just the way slowly, Nexon has emerged as a dominant player in the sub 4 metre compact UV space.