Tata Motors is inclined to be one of the leading players in the personal EV market of the country. Till now, there hasn’t been much of excitement which has been shown by customers and even OEMs to be honest. It was only Mahindra which was offering EVs in the passenger car segment however Tata will be entering the market soon. And, one interesting product will be the Altroz EV, which is scheduled for a debut at the 2019 Geneva Motor Show.

Tata Altroz electric will be a first product in its segment, hence a segment creator. The IC engine based Altroz will be positioned as a premium hatchback and will compete with the likes of Honda Jazz, Maruti Suzuki Baleno and Hyundai i20. So, an electric version of the hot-hatch will be a segment first in the market, which till now just had the e2O+ as an EV hatchback. 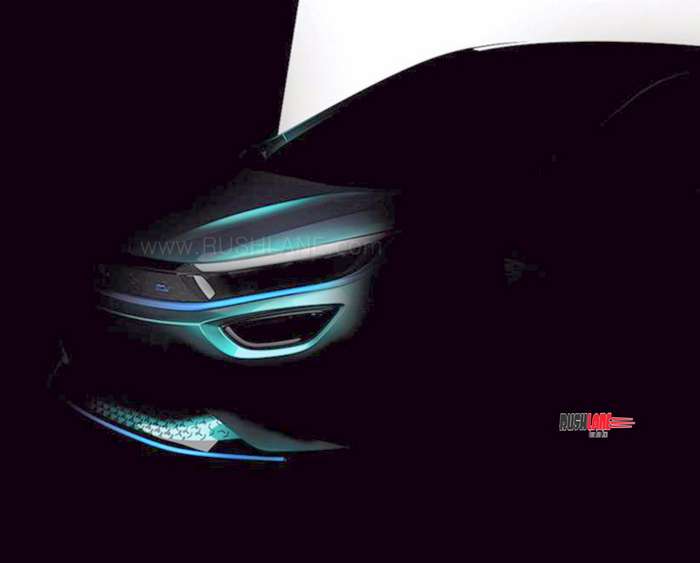 As it will be based on the Altroz, this electric car will be considerably more desirable and will come packed with lot more space and creature comfort features than its rivals. Multiple surveys and research, has identified 220-250 kms as an ideal EV range, taking into account the usage patterns of most users in the personal space but without letting the costs go off limits. The Altroz EV could pack a similar range once the car is launched in the market.

Along with the teaser, Tata Motors said, “A glimpse of what’s in store for #TataMotorsAtGIMS . A signature humanity line accentuated by dual ultra slim LED headlamps, along with a digitally inspired lower grill.” Though there is no official confirmation but reports suggest that the Altroz EV could be launched in the coming 2 years. As far as Sales and Marketing approach is concerned, Tata won’t be implementing a pan-India approach as it won’t reap desired ROI.

Instead, Tata will focus on ‘micro markets’ which will be selectively chosen 20-25 cities across the country. These cities will have a conducive environment (state government policies, early adopters & high pollution) to support electric mobility, and hence will serve as the perfect starting points.

Talking about the Altroz, the hot-hatch is scheduled for a launch around October 2019. It is based on Tata’s ALFA (Agile Light Flexible Advanced) Architecture and has been designed using Tata’s IMPACT 2.0 philosophy. Powertrain options will include petrol and diesel motors, along with an option between manual and automatic transmissions. Tata isn’t expected to bring in new engines, rather it will mostly use the same engines which currently power the Nexon, however they may be retuned to suit the car.