Tata Motors had first displayed the Altroz EV at the 2019 Geneva Motor Show. Now, at the ongoing 2020 Auto Expo in Delhi, the Altroz EV has made its Indian debut in the very same avatar but prices are not announced yet. This was a letdown for many who expected a ‘Tata Altroz launch’ at the biennial automotive show since its ICE version is already available in the Indian market. As per reports, the Tata Altroz EV is expected to join the Nexon EV in the brand’s electric portfolio sometime in 2021.

The Tata Altroz EV may not look exactly like the standard Altroz, but the similar aesthetic theme stands evident. The car is based upon Tata’s ALFA arc platform (which it shares with the standard Altroz) and has its design in line with Tata’s IMPACT 2.0 design philosophy. 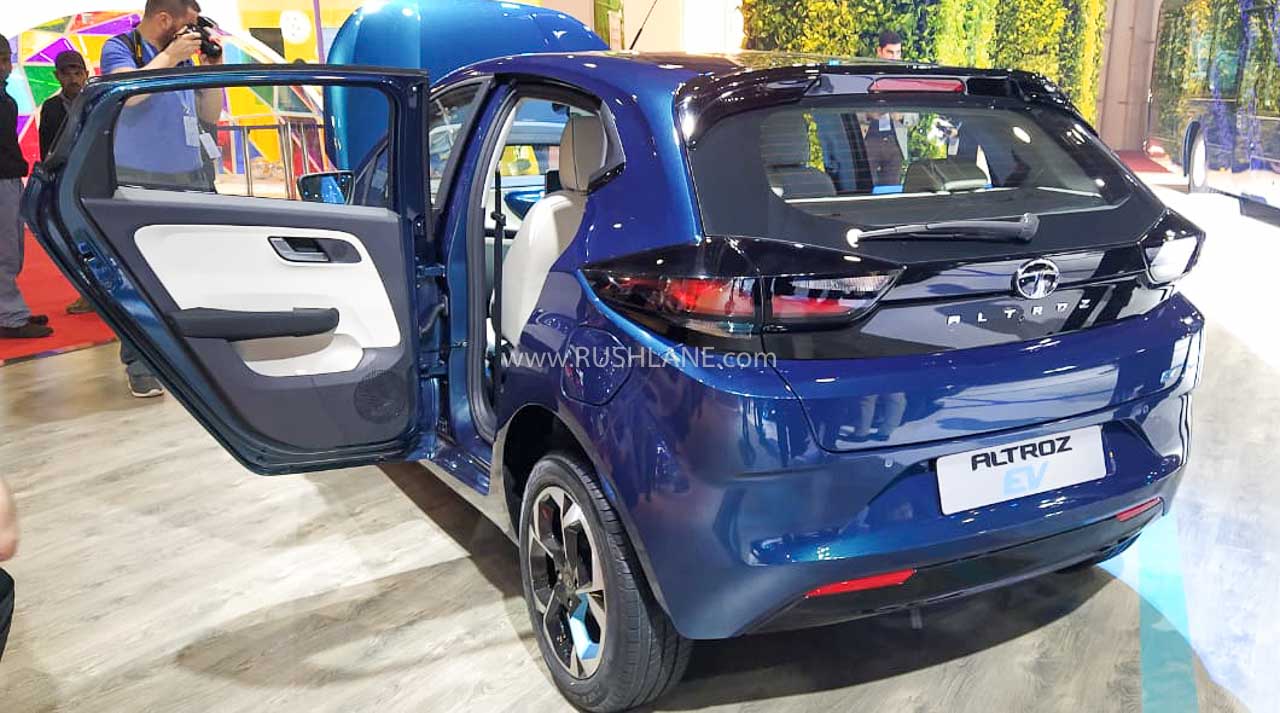 While details regarding the EV are relatively scarce, reports suggest that the Altroz EV will be sharing a lot with the Nexon EV. Once in production, the Altroz EV will sport the brand’s all-new Ziptron electric powertrain (that powers the Nexon EV) and a capable battery pack that promises a range of more than 300km on a single charge.

As far as the regular Tata Altroz is concerned, the car has had a good start in the market. Tata Motors managed to ship more than 4,500 units of the Altroz in the first month of its launch. While there is no doubt that the hot-hatch segment in the country is comparatively huge, it still is a decent start by the Indian automaker.

The other commendable achievement of the Altroz is its 5-star safety rating, making it the safest hatchback on sale in the country. As inclusion of an EV powertrain will mostly not affect the structural/safety components, the Altroz EV too could get a 5-star safety rating. The fact stayed true for the Nexon EV and its regular sibling which also boasts of a 5-star NCAP rating.

The exact prices of the all-electric Tata Altroz EV are not available at the moment, but we believe it will be launched for around INR 11-13 lakhs (ex-showroom). If it is brought in the country by early-mid 2021, it will have the potential to become the first electric premium hatchback. Other competition which the Altroz EV could get would be from the likes of the Mahindra eKUV100 and Maruti WagonR Electric, both of which are expected to be priced around the INR 9 lakhs mark.