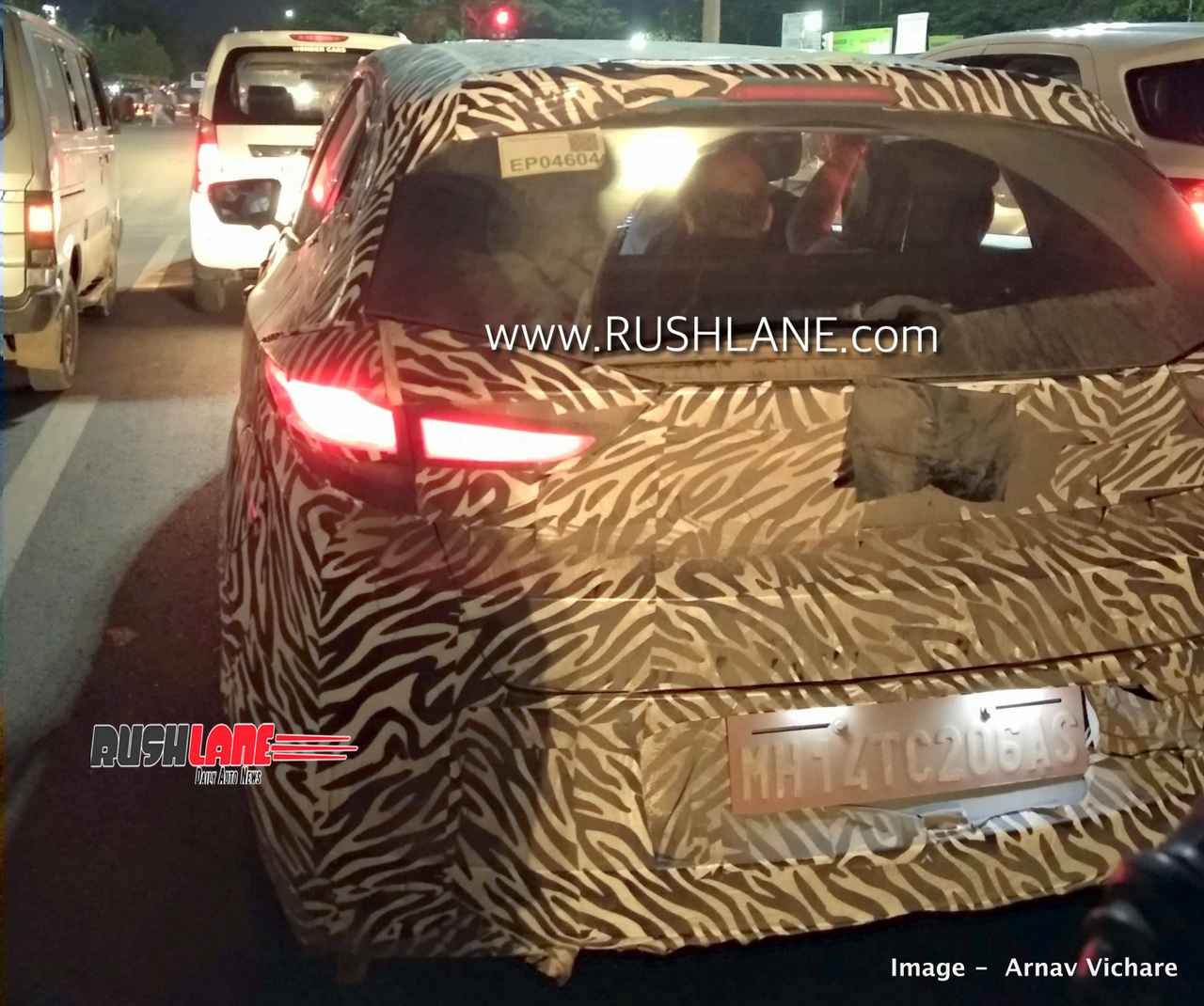 Of this, it is the Altroz which is expected to be launched first. Recently, automotive enthusiast Arnav Vichare spotted the new Altroz on test. The car had driver and co-passenger in the front, while at the rear were 3 adults. Even the boot was loaded. The car was being tested at full load. As per the spied image, the boot space looks huge, so does the passenger cabin. The three adults in the rear seat can be seen seated quite comfortably.

Tata Altroz will be the company’s second model after the Harrier to be based on the Impact 2.0 Design Language. It enters the premium hatchback space, where it will rival the likes of Maruti Baleno, Honda Jazz, Hyundai i20, Toyota Glanza, etc. Built on the new ALFA (Agile Light Flexible Advanced) Architecture, expect the Tata Altroz to offer best in class space and comfort.

Where its exterior design is concerned, the new Tata Altroz gets a bold front fascia. It sports a muscular grille, split headlamps and ORVMs finished in a piano black colour scheme. It gets a sportier appeal with its dual tone roof and is said to be the widest hatchback in its class with the shortest wheelbase and a boot space of 341 liters.

Cabin space will be at a premium with dual tone colour scheme and features such as ambient lighting, a multi function steering wheel and a floating touchscreen infotainment system. It will also receive automatic climate control and Google powered voice activated functions. Its features could also include rain sensing wipers, keyless entry, push button start/stop feature and cruise control among its safety features.

Engine options have not been revealed, and they will be revealed on 3rd Dec, when the car makes its grand debut at media drive in Jaisalmer. Expect the Altroz to be offered with a petrol BS6 engine option.

It may be recalled, that Tata Alroz was shown off as the Tata 45X concept at the 2018 Auto Expo. It was revealed in a near-production format at Geneva Motor Show earlier this year which is largely identical to the production model that just exited production lines. In terms of pricing, Tata Alroz premium hatchback could be priced between Rs.5.5-8.5 lakhs.