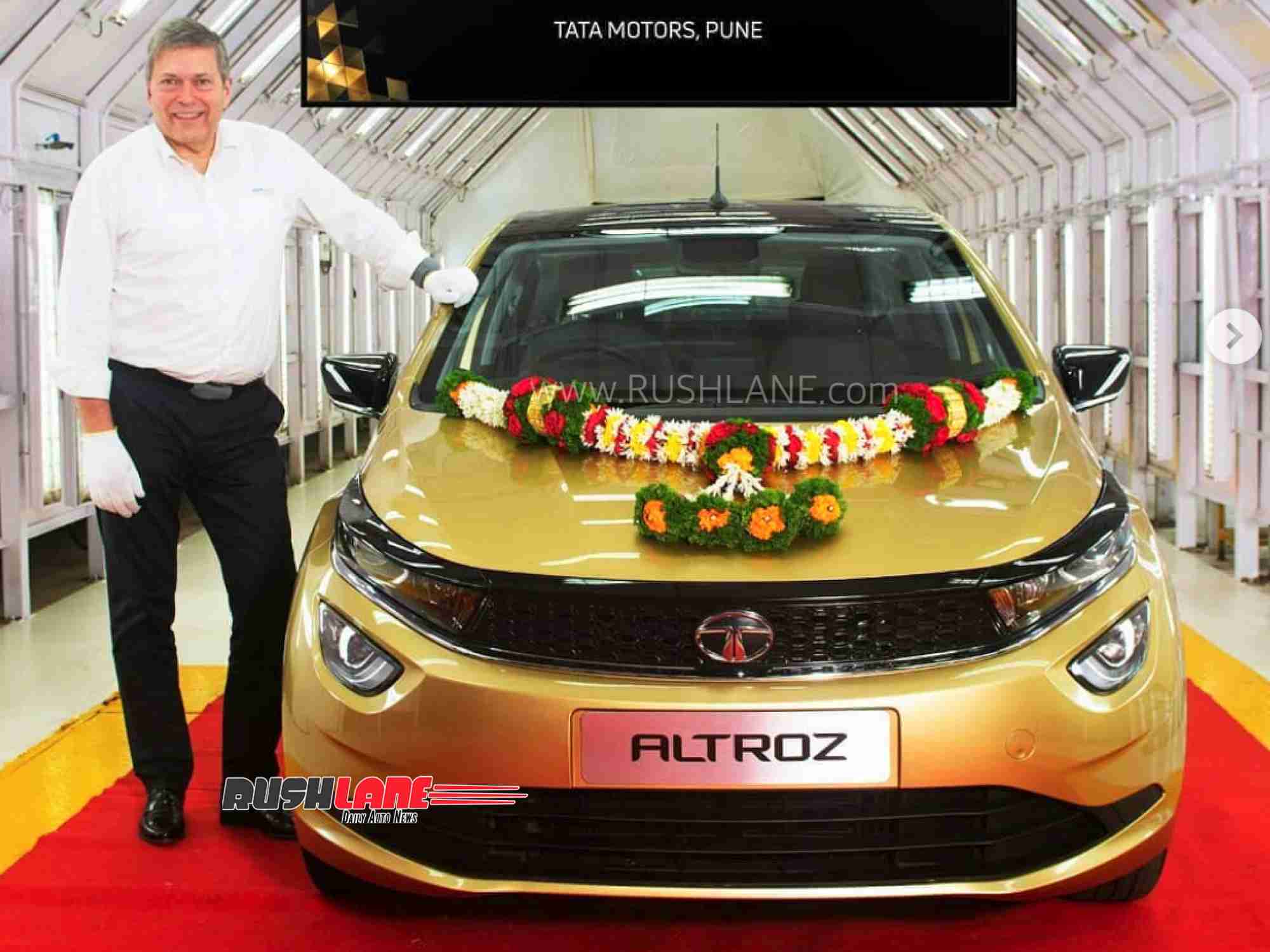 Tata Motors is all set to launch their new Altroz hatchback in India. Showcased in near production format at the 2019 Geneva Motor Show earlier this year in March, the hatchback has now entered production at the company plant in Pune, Maharashtra. First ever Tata Altroz rolled off the production lines earlier today.

The production model looks similar to the Geneva Edition model which made a showing earlier this year. It boasts of the Tata Motors’ Impact 2.0 design language and will be the first model to be positioned on the ALFA (Agile, Light, Flexible and Advanced) modular platform offering both enhanced rigidity and lighter weight.

It was also in Geneva that Tata Motors revealed dimensions of the new Altroz which will stand 3,988mm in length, 1,754mm in width and 1,505mm in height with a 2,501mm long wheelbase. Boot space will be at 341 liters.

Where its interiors are concerned, the Tata Altroz will receive segment best features. It will sport a large 7” touchscreen infotainment system with Android Auto and Apple CarPlay while other interior comforts will include ambient lighting, Google Assistant and a semi digital speedometer.

The Tata Altroz premium hatchback will be offered in a range of engine options. These will include the base 1.2 liter petrol engine that offers 85 PS peak power and 114 Nm torque on the Tata Tiago. There will also be a Nexon sourced 1.2 liter turbo petrol engine offering 102 PS power and 140 Nm torque.

It is also expected to get a diesel engine from the Tata Nexon. This will be the 1.5 liter motor which delivers 110 PS power and 260 Nm torque; but will be in a lower state of tune to offer around 90 PS power on the new Altroz. The engine options will be offered with either manual or AMT. These engines will be BS6 compliant at the time of launch itself.

Tata Motors said, “Built on the all new Alpha-ARC & designed with laser-carved exteriors, the first Altroz rolled-off the production line in the presence of Guenter Butschek – CEO & MD – Tata Motors.” Tata is calling their new car as Gold Standard. It will launch in Jan 2020.

Commenting on the roll-out, Mr. Mayank Pareek, President, Passenger Vehicle Business Unit (PVBU), Tata Motors said, “We are thrilled to roll-out yet another class defining product from the plant today. The ALTROZ is our first product that will be launched on the all-new ALFA platform and we believe that it will raise the bar for vehicles across the premium hatchback segment, come 2020. Since the unveiling of the concept in 2018, the anticipation for ALTROZ has always been high. We hope that customers will appreciate the new futuristic design with host of smart features, many of which are one segment above.”

Tata Motors could be pricing the new Altroz between Rs.5.5-8.5 lakhs, ex-sh. It will be taking on competitors like the Hyundai Elite i20, Maruti Suzuki Baleno, Toyota Glanza and the Honda Jazz upon launch.