What was showcased to the world as the 45X concept during 2018 Auto Expo in India, will now debut as Altroz at the 2019 Geneva Motor Show next week. Tata Altroz gets its name inspired by the Albatross, a magnificent sea bird that roars majestically for hours and miles with minimum effort. It is noted for its agility performance and efficiency.

These are also the expected to be the features of new Tata Altroz, which will be known for its agility, speed and efficiency with best in class performance and cabin space. Though interiors are still a mystery, Tata has officially teased the front and rear of new Altroz. 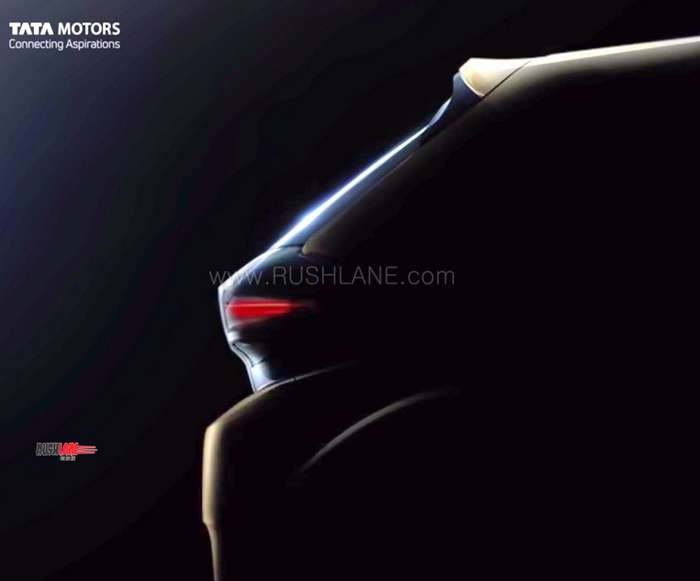 Tata Altroz will be the first product to be positioned on ALFA (Agile Light Flexible Advanced) Architecture. Its design is based on IMPACT 2.0 philosophy. Its exteriors have been noted with a slimmer version of the Humanity Line grille in the front, also seen on the Tata Harrier.

It also gets large headlamps, a swept back window line, angular front bumper and prominent shoulder line. At the rear is a similar design setup as seen on Harrier. Taillights are LEDs. Interiors will be seen with the largest in class touchscreen infotainment system along with a part digital cluster and T shaped central console. AC vents will be positioned under the central screen.

Tata Altroz will be available in petrol and diesel engine options. Transmission options will be manual as well as automatic. It could get Nexon’s 1.2 liter, 3 cylinder turbo petrol engine capable of 108 bhp power and 175 Nm torque. While diesel engine could be a 1.5 liter turbo engine that also powers the Nexon, and claims to deliver 108 bhp power and 260 Nm torque. The engine could be mated to a 6 speed manual gearbox, sending power to front wheels.

No prices have been confirmed as on date, but estimates put the new Tata Altroz in the Rs.5-8 lakh segment. It will take on the Maruti Baleno, Honda Jazz and Hyundai i20 following official launch, which is scheduled for Oct 2019.