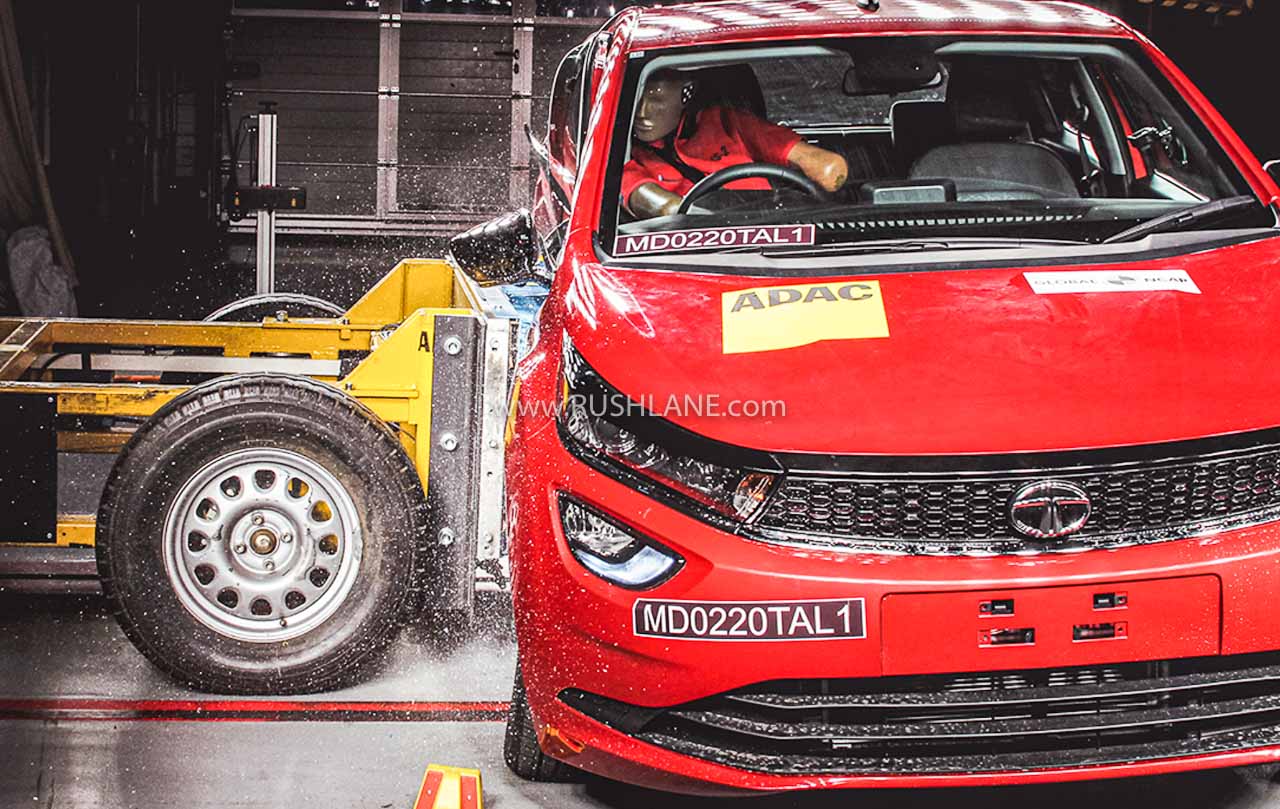 Tata Motors is all set to launch the Altroz hatchback in India next week. Ahead of that, Global NCAP has crash tested the Altroz. Scoring a full 5 star safety rating, Tata Altroz is now the safest car in the segment which has Maruti Baleno, Hyundai i20, etc. Baleno Euro-spec safety rating is 4 star while i20 Africa-spec rating is 3 star. India-spec Baleno and i20 have not been crash tested.

Altroz is now the second car from India to have scored a full 5 star safety rating. The first car was the Nexon, which scored a 5 star rating back in Dec 2018. Baleno and i20 are the best selling cars in the segment in India.

Head and neck protection for adult occupants was good. Chest protection for both adults was adequate. Child occupant protection showed good protection for the 18 month old dummy with the CRS installed rearward facing and using the standard ISOFIX anchorages. The 3 year old CRS was installed forward facing, the backrest of the seat unlatched during the crash due to the load of the top tether which was a reason for a score reduction.

The head contact of the 3 years old dummy with the interior of the car, the lack of three point belts in all seating positions, and the lack of possibility of disconnecting the passenger airbag when a rearward facing CRS is installed in the passenger seat explain the three star rating for child occupant protection. Read the full crash test report here.

David Ward, CEO and President of Global NCAP said, “The latest result in our #SaferCarsforIndia crash tests shows a strong signal that TATA is moving its fleet to 5-star levels of safety performance. We would like to encourage all other car manufacturers in India to follow TATA’s example and bring affordable 5-star cars to Indian consumers.”

“The Indian government’s minimum crash test standards are clearly helping to eliminate any new zero star cars from the market, and we will continue to work with them to ensure the push of regulatory requirements is complimented by the pull of consumer awareness, encouraging the demand for ever higher levels of safety.”