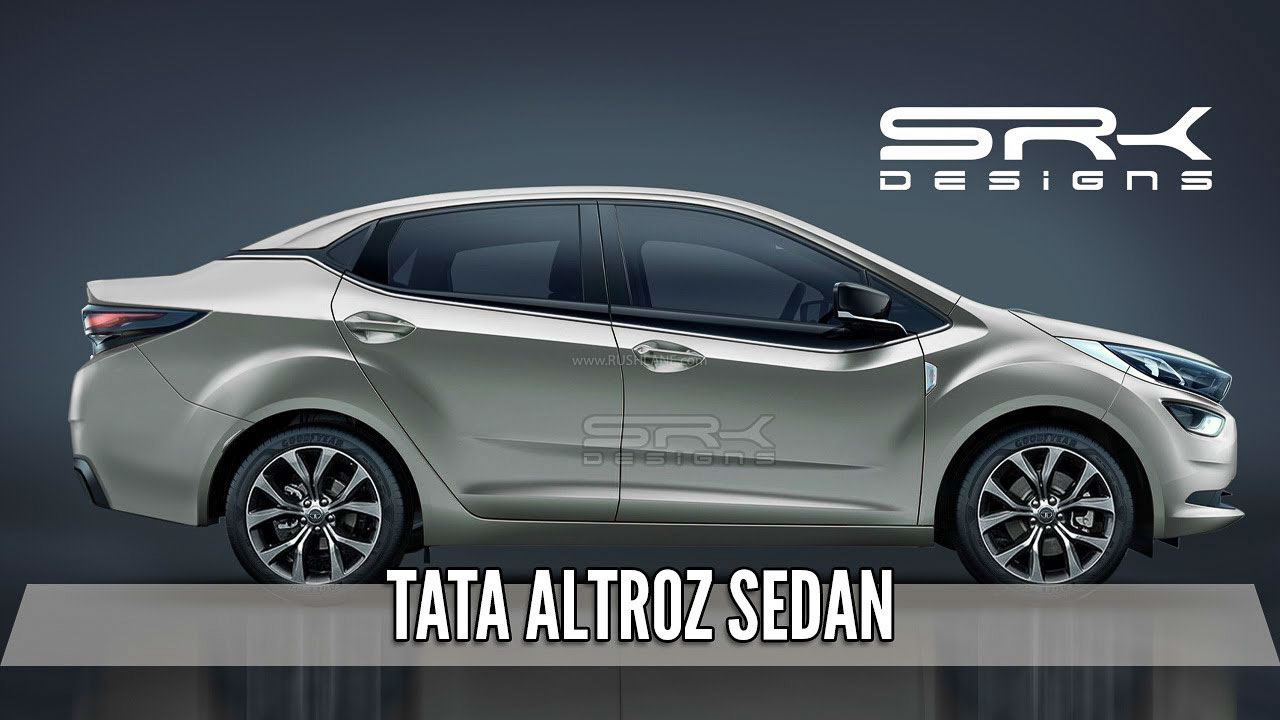 Based on the Tata Altroz hatchback, the sedan avatar is expected to be launched sometime in 2021

Tata Motors’ mid-size sedan contender has been in the news for quite sometime now. To be based on the Altroz premium hatchback, one can expect it to be add a boot without deviating much from the IMPACT 2.0 design philosophy.

Here is a speculative rendering of Tata Altroz sedan codenamed X452. As expected, the automaker’s latest design language is versatile enough to adopt the third box without having to undergo major proportional changes. Our speculative rendering of Tata Altroz-based MPV (Ertiga rival) clearly demonstrated that this design theme would also hold good for a 7-seat people carrier.

The Altroz sedan, as shown in the rendering, is likely to retain the hatchback’s styling from front all the way up to the C-pillar. Only the rear overhang needs to be extruded, and even the taillight design could be carried forward without much changes. While this rendering could be pretty close to the real deal, it is also possible that Tata opts to give the sedan its individuality by revising the front fascia significantly with inspiration coming from the E-Vision concept which debuted at 2018 Geneva Motor Show.

The Tata X452 sedan is most likely to carry forward Altroz hatchback’s interior design although one can expect new colour themes and trims. There will be a comprehensive touchscreen infotainment system and as far as safety is concerned, we expect the sedan to be configured for 5-star rating in Global-NCAP crash tests just like its sibling.

Powertrain lineup is also likely to be shared with Altroz hatchback. The 1.2-liter turbocharged three-cylinder petrol engine will be the primary candidate. It is tuned to deliver 86 hp and 113 Nm of torque but the sedan is likely to receive the more powerful version which caters to Nexon crossover. The 1.5-liter turbocharged diesel engine is also expected to be on offer in same state of tune as in Nexon. A 6-speed manual gearbox and AMT would be the transmission options.

The Tata Altroz sedan will be locking horns with the upcoming next generation Honda City, recently facelifted Hyundai Verna, Maruti Ciaz, Skoda Rapid, VW Vento and Toyota Yaris. This segment has been witnessing ever increasing pressure from similarly priced compact crossovers but there is still enough takers to justify another contender.

Tata Motors’s sedan is not expected to be ready before next year as the company is busy preparing to introduce Gravitas 7-seat premium SUV and production version of H2X mini crossover. Upon launch, the new Tata Altroz sedan could be called ‘Peregrin‘.