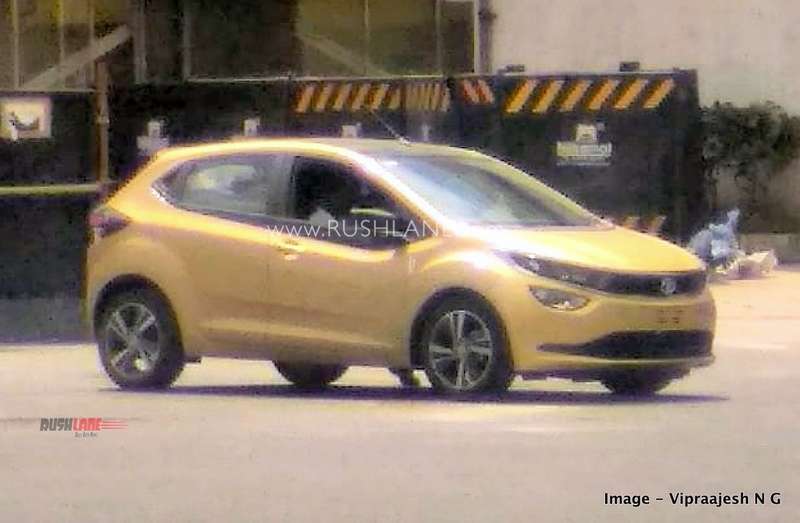 The Altroz had made its global debut in the near-production stage at the 2019 Geneva Motor Show. Since then, the car has been spotted testing in India multiple times. Now, Tata has confirmed that the Altroz will be the official lead car of the Mumbai Marathon which will take place on 19th January, 2020. It is to be noted that even the 2019 Mumbai Marathon was led by a Tata car, which was the then recently launched Harrier.

The car will be launched before that. Here it is spied in production ready format by Vipraajesh N G. Talking about the Altroz, it will mark Tata’s entry into the premium hatchback segment.

As far as its design is concerned, it will look similar to the version we have seen at the Geneva Motor Show. The car uses Tata Motor’s IMPACT 2.0 design philosophy, which is also shared by its elder sibling, the Tata Harrier. Below is a leaked tease video of the Tata Altroz. Tata Motors has said that it has not been released by them.

On the inside, Altroz will have a floating touchscreen infotainment unit. It will also have a flat bottomed steering wheel, rear AC vents, FATC, digital instrument cluster, cruise control, auto headlamps and wipers, high-end stereo system and much more to cement its positioning as a premium hatch.

Under the hood, Tata is expected to offer both, petrol and diesel motors on the Altroz. The hatchback will most likely share its engines with the Nexon, however Tata will mostly bring these engines in a slightly detuned state to improve upon the fuel efficiency numbers on the Altroz.

Engines under consideration are the 3-cylinder 1.2 litre petrol and the 1.5 litre turbodiesel motor. Both will mostly come mated to 6-speed MTs, however Tata might later introduce an AMT option as well.

The Altroz is scheduled for a launch ahead of Diwali 2019. Once launched, it will be competing with the likes of Hyundai i20, Honda Jazz, Maruti Baleno and Toyota Glanza. Going by past strategies from Tata, pricing is expected to be aggressive and it wouldn’t be a surprise if the Altroz cuts its competition as far as prices are concerned.

Other interesting update on the Altroz happens to be the electric variant of the car. As per reports, the car will most likely make its debut in the country in 2020. Once launched, it will compete with the likes of eKUV100 and Maruti Suzuki eWagonR.