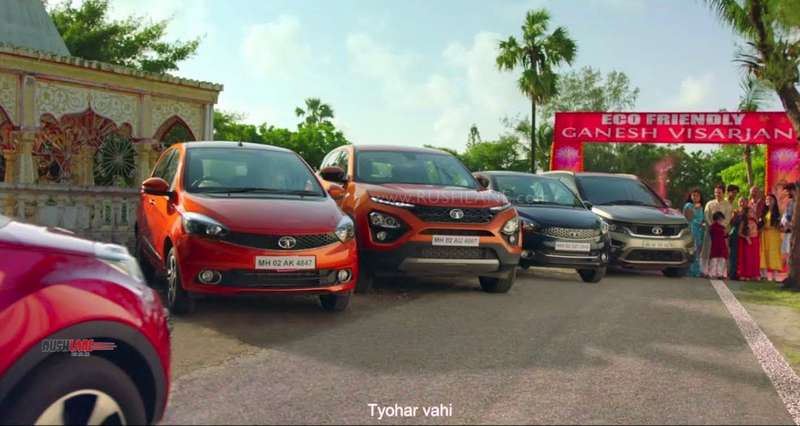 August 2019 has been a really bad month for Tata Motors. The Indian car maker posted their lowest ever monthly sales in Aug 2019. Sales of popular Tata cars, like the Tiago, Nexon and the newly launched Harrier – have been really low in Aug 2019.

At this point, it’s tough going for all automakers in the Indian auto industry. And Tata Motors is no exception. But the huge rate of decline in sales posted by Tata, is worrying. Tata Motors domestic sales for the month stood at just 7,316 units – declining by about 60%.

With the festive season now officially started, Tata Motors hopes for a rebound in sales. In order to push sales, Tata dealers are offering cars at huge discounts. Apart from discounts, new TVC video has been launched, which shows all recently launched Tata cars together.

At the same time, Tata Motors is also working on their next batch of new cars, which will be launched in the coming months. One of the first cars to launch next by Tata, is the Altroz hatchback, which will take on the likes of Maruti Baleno and the Hyundai i20.

Next to launch is the Tata Harrier 7 seater variant, that was unveiled as Tata Buzzard in Geneva earlier this year. Buzzard and Altroz are expected to be launched by end of 2019. At the 2020 Auto Expo, Tata Motors has plans to unveil H2X production variant and the Blackbird SUV concept.

In addition to this, Tata will also launch facelift variants of the Nexon, Tiago and the Tigor by early next year. These update variants will come with exterior as well as interior changes. Engine options will be updated to BS6, new features (cruise control) will be added, etc. All these new car launches, and updates, are expected to boost Tata sales in the coming months.