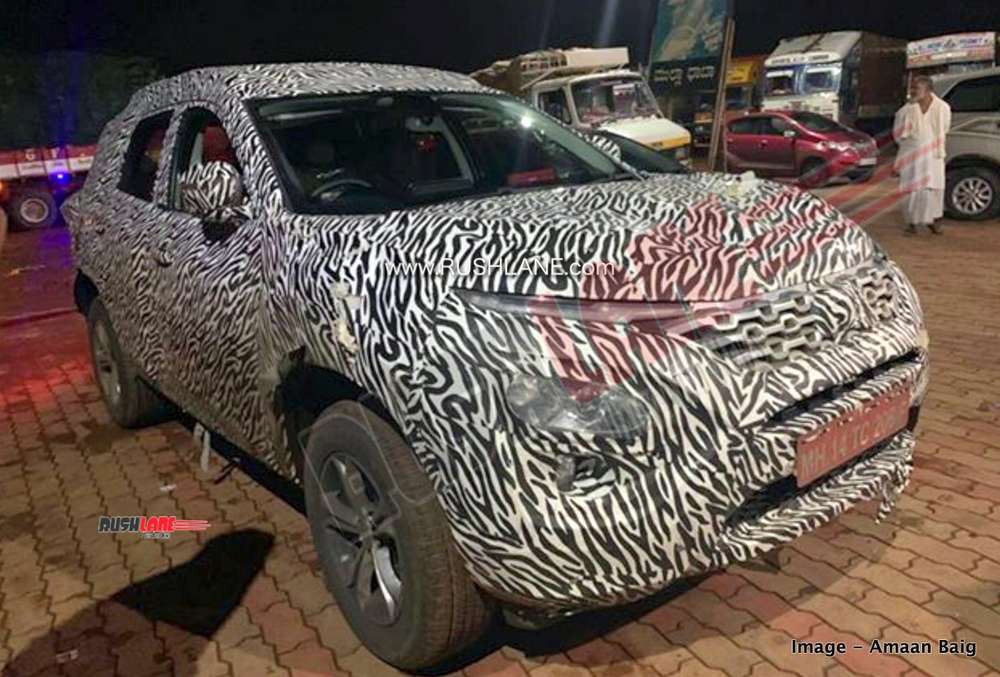 Tata Buzzard concept was showcased at this year’s Geneva Motor Show in March, where it was displayed along with the Altroz hatchback. To be launched in India soon, this 7 seater variant of Harrier has been spied on test by automotive enthusiast Amaan Baig.

Though it was showcased in Geneva with the name Buzzard, its launch name in India will be different. It is based on the Harrier and will be similarly equipped. It could come in with the name ‘Cassini’ which is inspired from the Casini-Huygens mission, collaboration between NASA, the European Space Agency and the Italian Space Agency. 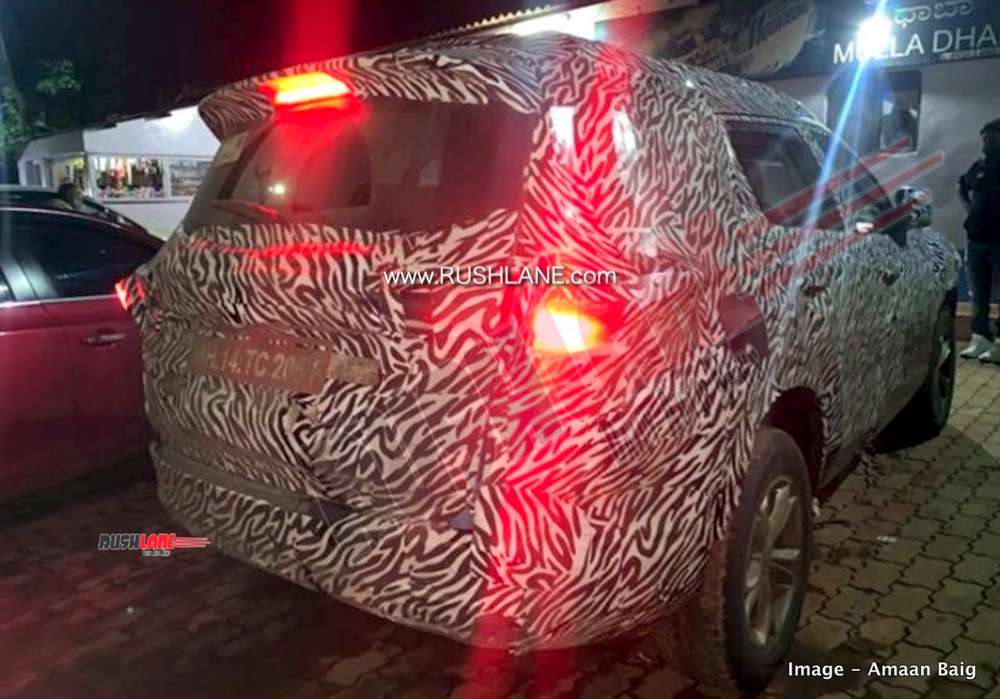 Exterior styling will include LED DRLs positioned on the crease of the bonnet with headlamps mounted lower. It will also bear a strong resemblance to the Harrier where its side and rear design elements are concerned.

The upcoming 7 seater SUV is also akin to the Harrier with similar interior styling with the exception of third row seats. These rear seats will get their own climate controls, USB charging points and cup holders along with grab handles. As is seen on the top spec Tata Harrier, the interiors of the Buzzard will also be done up with faux wood inserts and will get an 8.8” touchscreen infotainment system and steering mounted controls. It will also get sunroof.

Tata Buzzard will get the same 2.0 liter diesel engine that powers the Harrier. But this engine will be tuned to deliver 170 PS and 350 Nm. It will also be BS6 compliant and mated to either 6 speed MT or AT. Tata Motors also plans a 1.6 liter petrol engine for the Harrier, but details are sketchy.

Tata Harrier 7 seater could be priced between Rs.14-19 lakhs. It will compete with the Mahindra XUV500, which as on date, is the only SUV in its segment to offer third row seating, while it will also take on the mid size MG Hector SUV and Kia Seltos.