After teasing the SUV for days at an end, Tata finally took wraps off their flagship car, Buzzard. Due for launch later this year, Buzzard is based on Harrier platform, and comes with 7 seat arrangement in 3 row format. Codenamed H7X, Buzzard will sit above the Harrier and Hexa in the company line-up once launched.

There are even reports, which claim that once Buzzard is launched, Hexa will be discontinued. But Tata Motors has not confirmed these reports. Another point to be noted, is that the name Buzzard, is only being used for Europe. In India, it will get a different name. Tata cannot use Harrier name in Europe, as Toyota sells a car named Harrier. 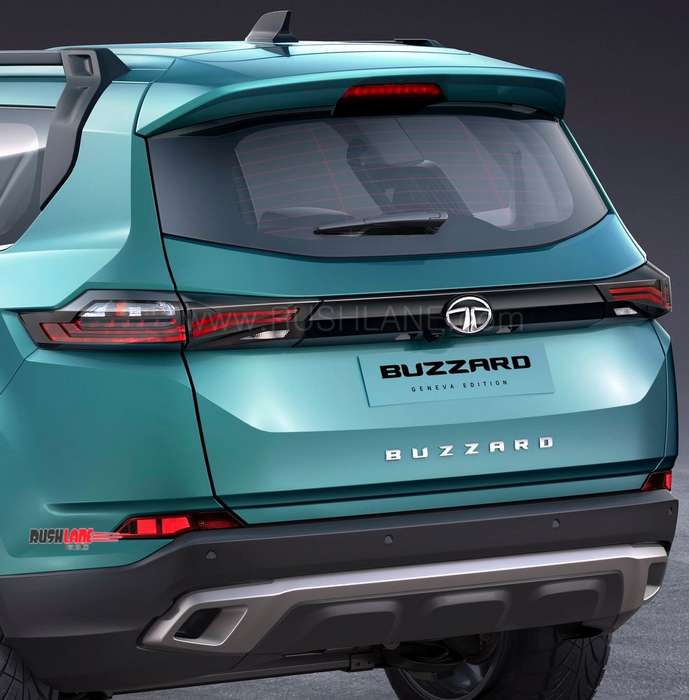 Mr Guenter Butschek, CEO & MD Tata Motors Ltd said that the company has honoured its commitment made last year with the launch of five new cars – Altroz, Altroz EV, Buzzard Geneva Edition, Buzzard Sport Geneva Edition and H2X Concept, which was the showstopper of the event. All five cars have world-class design and technology and they highlight the global aspirations of Tata Motors.

Tata Buzzard measures 4661 mm in length, 1894 mm in width, 1786 mm in height with a wheelbase of 2741 mm. These dimensions are more or less similar to that of Harrier. Then how did Tata manage to offer 7 seats? Well, boot space has been compromised to make way for 3rd row seats, as can be seen in the image below. 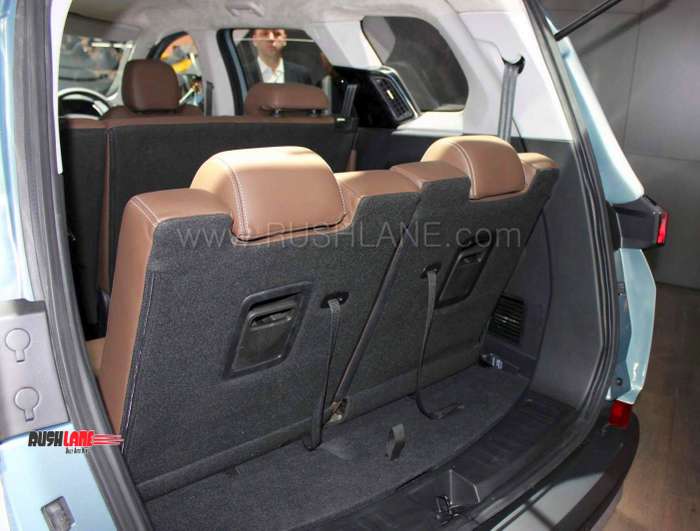 From the front, Tata Buzzard looks similar to Harrier. But it is at the rear, where the two cars get their own identities. Powering the 7 seater Tata Buzzard will be a more powerful version of the 2.0 liter Kryotec diesel engine, which powers the Harrier. On board the Buzzard, this engine will deliver about 170 PS, as compared to 140 PS on Harrier. Torque output will remain same at 350 Nm.

Apart from this, Buzzard will also get new transmission option, in the form of 6 speed automatic gearbox, in addition to 6 speed manual gearbox. Also on offer could be AWD and sunroof. Watch the official TVC of Tata Buzzard below.

Tata Buzzard sits on larger 19 inch machine cut dual tone alloys. But it remains to be seen if these are offered when the car is launched in India. More details about Tata Buzzard will be revealed later. For now, take a look at the detailed photos in the gallery below.