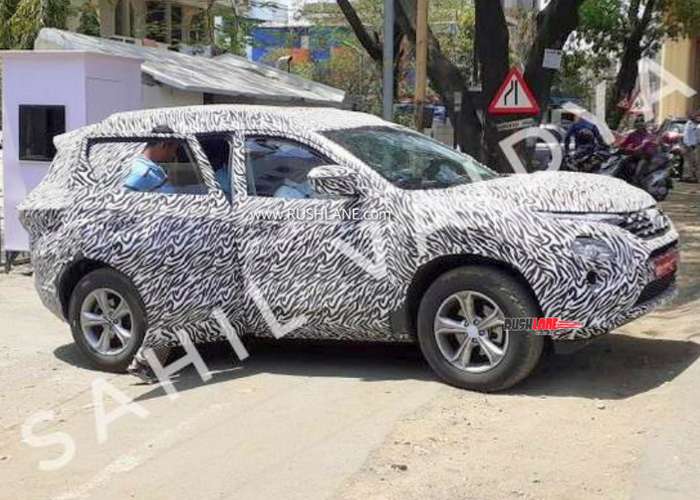 7-seater Harrier was unveiled as Buzzard at 2019 Geneva Motor Show and it is expected to be launched in India later this year. Buzzard seems like a good name, but Tata Motors had earlier said that it will not go with this name in the Indian market.

What name will be given to 7-seater Harrier is not yet known, but going by latest spy shots, it’s clear that the SUV is on track to reach dealerships later this year. The latest spy shot was clicked by automotive enthusiast Sahil Vaidya.

As can be seen in the images, 7-seater Harrier is a lot bigger towards the rear. The additional row of seats has added more volume at the rear, even though the front section remains almost similar to that of standard 5-seater Harrier. 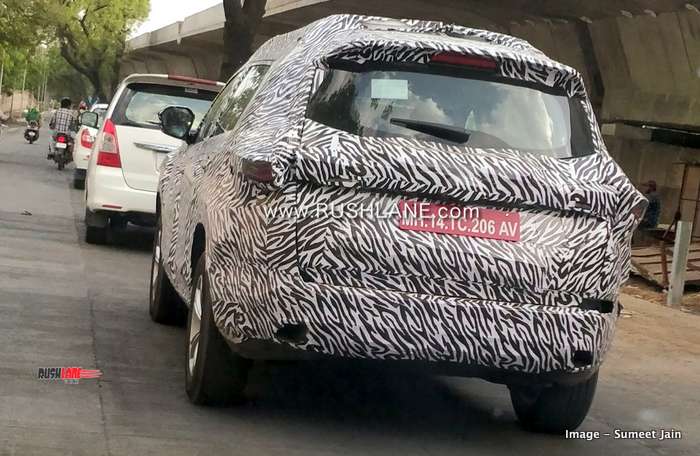 Size of wheels and tyres is also bigger in case of 7-seater Harrier. At Geneva Motor Show, Buzzard could be seen with new bumper, redesigned tail lamp and longer rear quarter glass. These features are also expected to be incorporated in production variant of 7-seater Harrier.

Another differentiating factor for 7-seater Harrier is its length, which at 4661 mm is 63 mm more than Harrier. At 1786 mm, 7-seater Harrier is also taller than Harrier by 80 mm. However, most other features are expected to be the same such as Xenon HID projector headlamps, dual-function LED DRLs with turn indicators, 3D LED tail lamps, shark fin antenna, and premium leather seats. Safety features include 6 airbags, electronic stability program (ESP), front fog lamps with cornering function, hill hold and hill descent control, reverse parking camera and perimetric alarm.

7-seater Harrier is expected to be priced around Rs 1-2 lakh more than Harrier. It will take on rivals such as Mahindra XUV500 and upcoming MG Hector.