Tata Motors’ R&D apparatus has been extremely busy of late. Just days after taking the Auto Expo 2018 completely by storm with the unveiling of H5X SUV and 45X premium hatchback concepts, the Indian auto giant has unveiled yet another new concept at the 2018 Auto Expo.

At Geneva this year, the carmaker is celebrating 20 years of association with the prestigious motor show. Coming to the concept in question, it is based on the new design language of Tata, called IMPACT 2.0. In the front, it features a narrow LED headlamp, a prominent foglight enclosure and a pronounced sheet metal design. All these elements represent the brand’s latest Impact 2.0 design philosophy which also governs the H5X and 45X.

As of now, this new sedan is a design study. It is based on the same platform as the 45X hatchback concept which was showcased at the 2018 Auto Expo. The design study could form basis of Tata’s upcoming sedan which will rival the likes of Honda City and Maruti Ciaz. Apart from new petrol and diesel engine options, the car could also be offered with an electric motor, considering the sudden increase in focus towards electric mobility solution across the globe. Tata plans to electrify all their vehicles by 2022.

The electric E-Vision concept will have a range of 300 kms on a single charge and would accelerate from 0-100 kmph in 7 seconds. It has a top speed of 200 kmph. With the new E-Vision Concept, Tata has also showcased how their future cars will be from the inside. It will have never before seen connected apps and systems that will not only aid in driving, but also safety. 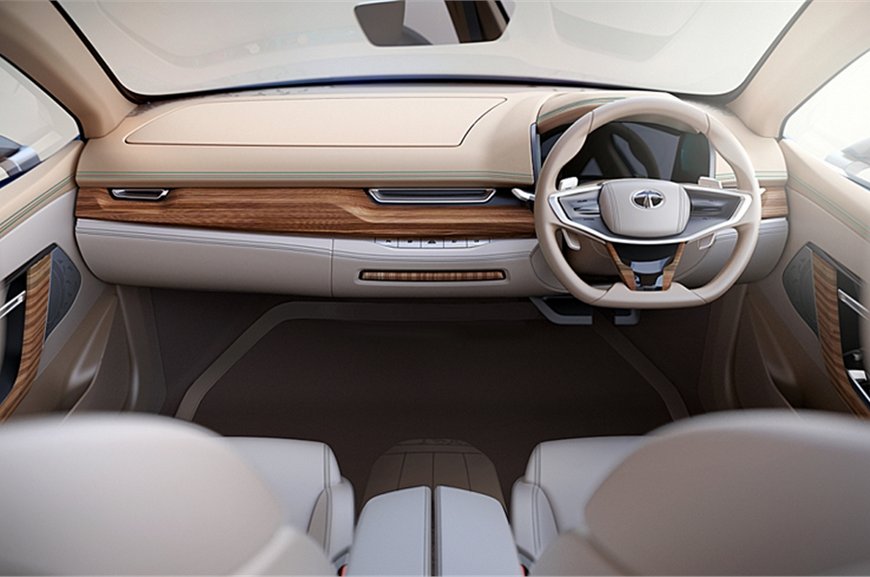 It is built on the same platform as that of the new 45X hatchback concept – AMP (Advanced Modular Platform). Just like the Tigor compact sedan, the more premium sedan will also feature a coupe like rear styling. Other than that, it also features 21 inch stylish alloys.

Guenter Butschek, MD of Tata Motors said, “The E-Vision Sedan Concept is one of the most definitive and aspirational product by an Indian OEM and will be a game changer, reiterating our commitment to offer world-class design, technology and drive the EV revolution to build a sustainable future.”

Alongside the E-Vision concept, Tata Motors is also showcasing the concepts which were unveiled at the Auto Expo 2018 – H5X and 45X. Geneva Motor Show serves as an excellent platform for Tata Motors to demonstrate its capability of coming up with world class cars that are designed not just for the Indian sub-continent but also for developed international markets.