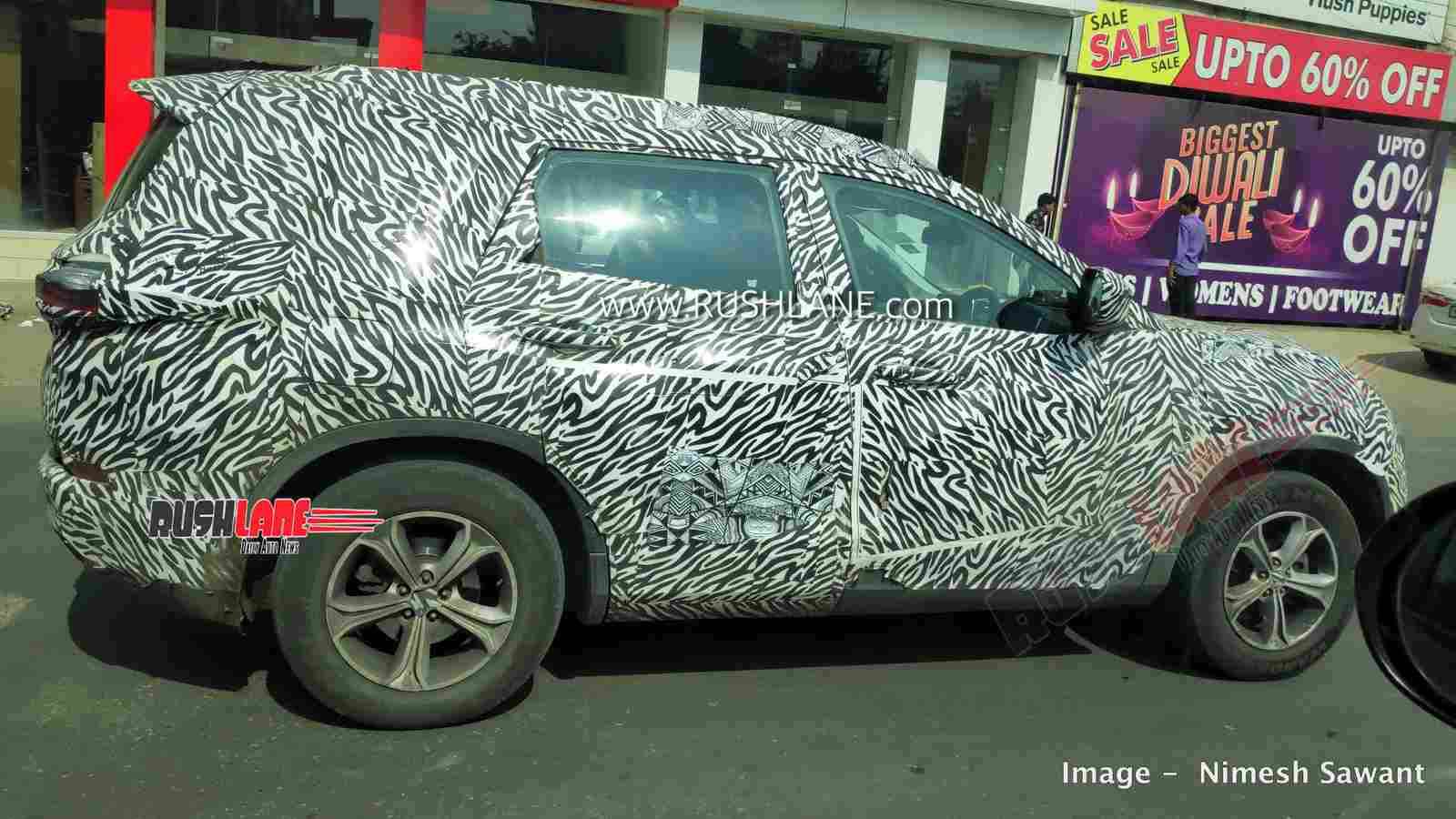 After its name reveal a few days back, Tata Gravitas SUV has been spotted on road test for the first time. Images are credit to automotive enthusiasts Nimesh Sawant and Vijay Jagdale. As revealed in spy shots, Gravitas is testing an upgraded BS-VI version of Fiat-sourced 2.0 litre engine called Kryotec that also powers Tata Harrier.

Codenamed H7, Gravitas is essentially a 7-seater version of Harrier. It was unveiled at 2019 Geneva Motor Show, where it was showcased as ‘Buzzard’. This name will be used for sale in European countries and potentially for other international markets as well. In terms of appeal and recall value, Buzzard does sound a better name as compared to Gravitas.

While the engine is the same as Harrier, the one on Gravitas will come in a different state of tune. As compared to Harrier’s 140 PS power output, Gravitas will most likely deliver 170 PS of max power. Torque output of 350 Nm will be same for both.

Transmission options will include a 6-speed manual and Hyundai sourced 6-speed automatic unit that will be available with select variants. Gravitas BS-VI compliant engine will be later introduced in Harrier before April 1, 2020 deadline.

In comparison to Harrier, Gravitas is 63 mm longer and 80 mm taller. However, wheelbase (2,741 mm) and width (1,894 mm) are identical for both SUVs. Gravitas rear section is larger as compared to Harrier, which ensures comfortable seating for third-row passengers. Those sitting at the back also benefit from dedicated rear AC vents and easy ingress and egress via one-touch collapsible second row seats.

Both Gravitas and Harrier are based on Omega Arc platform, which has been derived from Land Rover’s D8 monocoque chassis. While the front fascia of Gravitas is largely the same as Harrier, there are clear differences in the side and rear profile.

Gravitas is expected to debut at 2020 Auto Expo, where Tata Motors will be showcasing its other new products as well. Gravitas will take on rivals such as new Mahindra XUV500, upcoming six-seater MG Hector and other mid-size SUVs. While Harrier retails in the range of Rs 13 – 16.86 lakh, Tata Gravitas could be pricier by around Rs 1 lakh.