Tata Motors has shown off a bevy of new cars at the 2019 Geneva Motor Show, Altroz, Altroz EV, Buzzard, Buzzard Sport and H2X. Of this, H2X stands out of the crowd, as it is the newest concept from Tata, of a micro SUV, which will sit below the Nexon in company line-up. Concept H2X, it is also known as Hornbill internally.

Tata H2X Hornbill will be positioned between the Tiago and Nexon in the company lineup, as far as pricing is concerned. Based on the new ALFA platform and boasting of Tata Impact 2.0 Design Language, the new Hornbill receives a floating roofline, massive wheel arches and high ground clearance. 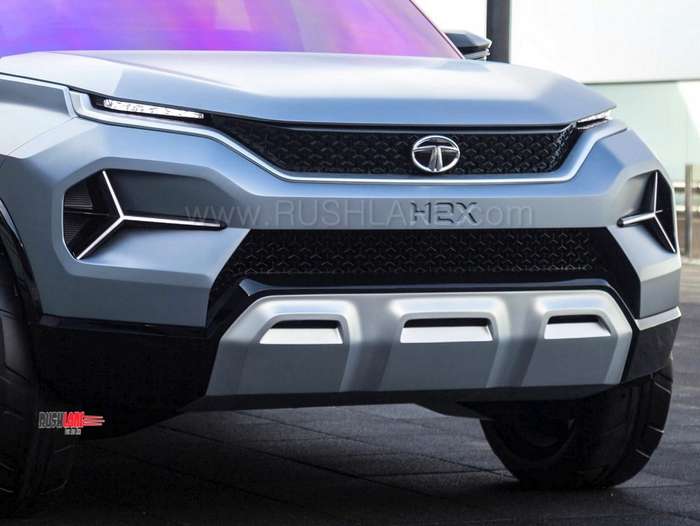 Dimensions will stand 3,840 mm in length, 1,822mm in width and 1,635mm in height. This makes the Hornbill longer and wider than rivals Maruti Ignis and Mahindra KUV100. Wheelbase too is as long as that of Maruti Swift. Interiors will get several driver and passenger conveniences with electric power steering, height adjustable driver seat, a large touchscreen infotainment system and steering mounted controls.

In keeping with new Bharat New Vehicle Safety Program, the list of safety features will include ABS, EBD, rear parking sensors, dual airbags, cornering stability program and rear defogger. Tata says that the car will be offered with 5 star safety from day 1, as the platform ALFA is a 5 star platform. It will also get auto dimming IRVMs and follow me home headlamps. Watch the baby Nexon SUV in the official TVC below.

Tata Hornbill will gain a new BS VI compliant petrol engine, which could be borrowed from Tiago, generating 85 bhp power and 114 Nm torque. Transmission could be via AMT as well as MT. Engine will be BS6 compliant. There might not be any diesel engine option on offer. Tata did say that electric and hybrid variants are a possibility in the future. Expect launch price of H2X petrol variant to be in the Rs 4-5 lakh range.

Demand for SUVs is on the rise, which is why Tata Motors is aiming to offer SUV at every price range possible – the H2X is a car to help achieve that dream further. As of now, Tata has Nexon, Safari, Harrier and Hexa on offer. All serving different segments. Safari is not going to be updated to meet upcoming crash test and emission norms, while Hexa is reportedly going to be discontinued once Harrier 7 seater (Buzzard) is launched in India. Removal of Safari and Hexa, will leave gap in company’s SUV range.

To fill this, the company has plans to launch two more SUVs, one is H2X Hornbill, and the other is Blackbird, which will sit below Harrier, but above Nexon. H2X will debut as a production ready car at 2020 Auto Expo in Feb, while launch is to take place by July 2020. Blackbird on the other hand, is expected to debut as a concept at the 2020 Auto Expo, while launch is expected to happen in 2021.