Tata Motors, like other OEMs, is laying emphasis on pure electric propulsion for the future. The company currently has EV variants of Tiago and Tigor, and is set to add Altroz to its zero emission lineup soon. The production version of the recently unveiled H2X mini SUV concept is also destined to get a pure electric variant.

In a recent interview with Economic Times, Guenter Butschek, managing director, Tata Motors, has confirmed both the Alfa architecture based products (Altroz and H2X’s production version) will offer EV option. He also added that both Alfa (compact models) and Omega (Harrier and its 7-seat version) platforms are future protected for EVs.

The timeline of H2X EV launch is not known yet but we don’t expect it to be ready before 2020. Tata Motors is currently working on achieving higher range of around 200-230 km on a single charge to ensure that electric vehicles are available at an affordable price with a practical driving range. The high range electric hardware would eventually find its way on board the Tiago and Tigor EVs as well. 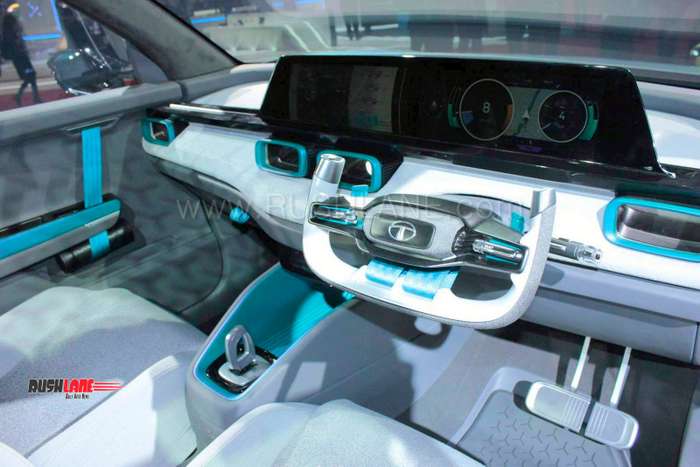 The production version of Tata H2X concept (codenamed X445) would be pitted against the Maruti Ignis and Mahindra KUV100 (eKUV100 launch this year). If the concept is anything to go by, the mini SUV would have a boxy shape with compact foot print and a face influenced by Tata’s Impact Design 2.0 philosophy. Even though the SUV’s wheelbase is 50 mm shorter than that of Altroz, it has impressive interior room owing to its boxy styling.

The Tata H2X SUV would be equipped with future-ready connectivity (the concept is equipped with Mercedes-style twin displays merged together to offer instrument console and infotainment system functionalities). The conventional powertrain option is most likely to be the 1.2-liter Revotron turbocharged petrol engine it its BS-VI avatar. Technical specifications of the pure-electric version is kept under the wraps as of now.

Tata Motors has outbid EV pioneer Mahindra & Mahindra in government tender for electric vehicles. In addition to focusing on fleet sales of EVs, the company will also focus on personal vehicle market with its new range of green cars. Tata’s passenger EV range will benefit from the government’s FAME-II scheme which is expected to act as a catalyst for electric mobility.