Tata H2X to be produced in Sanand – Altroz, Buzzard at Pune plant

Tata Motors journey with the Geneva Motor Show began in 1998 with the Tata Indica. This year, the automaker has shown off four new vehicles that will be launched in the future both in India and in global markets. Tata Motors unveiled the Altroz, Buzzard, Altroz EV and H2X Concept each of which boasts of outstanding design, solid performance and compliance to global safety standards.

Tata Altroz is a premium hatchback. It is based on the new ALFA – Agile Light Flexible Advanced platform and named after the Albatross bird. It boasts of Impact 2.0 styling and will take on the Maruti Baleno and the Hyundai Elite i20 upon official launch in India scheduled for later this year. It will enter production at the company plant in Sanand near Ahmedabad, Gujarat, reveals Car and Bike. The new Altroz gets its power via petrol and diesel engine option. Transmission will be taken care by manual as well as automatic gearbox.

Another new Tata car which will enter production at the same plant, is the H2X concept. It will be showcased in production ready format at the 2020 Auto Expo in February next year. Launch in India will take place by July 2020. Prior to that, production will commence at the state of the art world class plant.

Tata H2X is the smallest SUV in the company lineup. This micro SUV will be positioned below the Tata Nexon upon launch. It is also positioned on Tata Motors’ ALFA Architecture, and sports the Impact Design 2.0 language. It will enter production after it is showcased at the 2020 Auto Expo and will compete with Maruti Future S concept and upcoming Hyundai micro SUV when launched in the country. 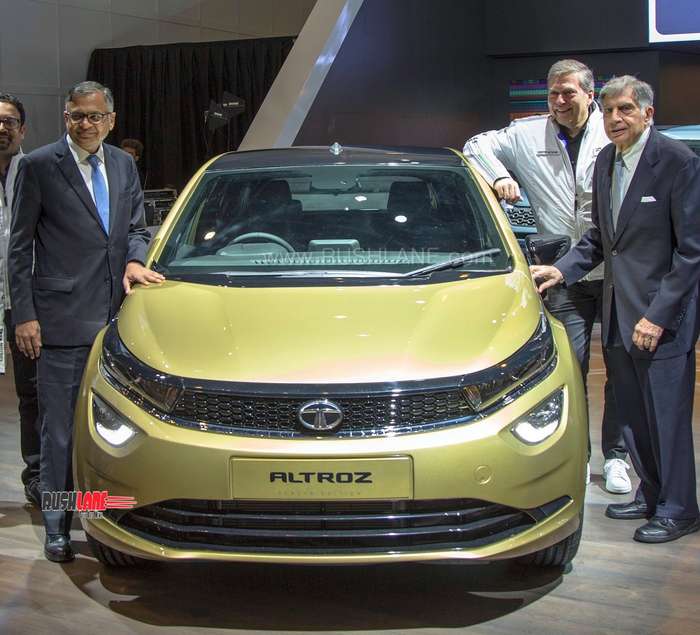 Tata Buzzard is a 7 seater SUV which to date was called the H7X. It will go on to be the most expensive vehicle in the company lineup upon launch at the 2020 Auto Expo, and thus the flagship vehicle of the company in India. Once launched, Buzzard will reportedly replace Hexa from the company line up. Tata Buzzard is based on the OMEGA Arc platform on which the Tata Harrier is positioned and borrows several features from the Harrier.

The Buzzard gets its power via a 2.0 liter Kryotec diesel engine also powering the Harrier. The engine will be mated to a 6 speed manual and will also get the option of a Hyundai sourced 6 speed torque converter automatic transmission. Buzzard engine output will start at 170 PS, instead of 140 PS seen on Harrier. Just like Altroz and Harrier, Buzzard will also be produced at the company plant in Pune. 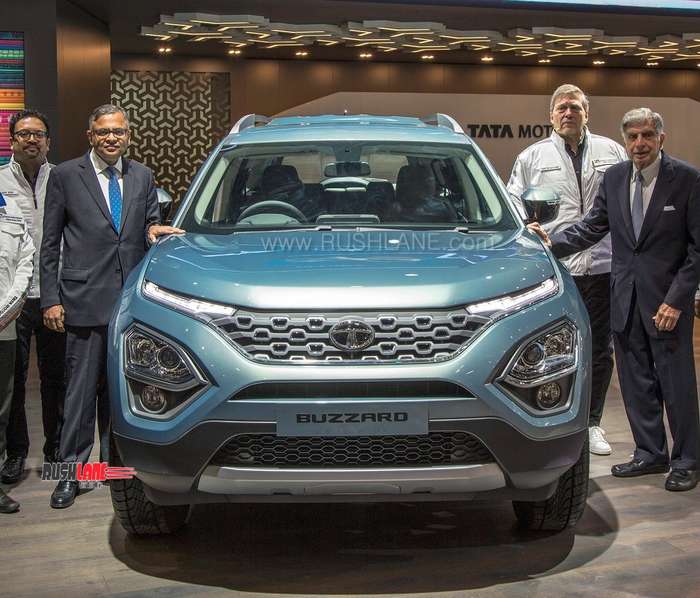 The last new car from Geneva, Tata Altroz EV is positioned on the ALFA Arc platform. Even though it is based on its conventionally powered hatchback, it does get distinctive features to set it apart. The Altroz EV gets a differently designed dashboard with a rotary gear selector and a new instrument cluster. The Altroz EV will be launched in India sometime next year and will receive a higher capacity battery offering longer range delivering a range of anywhere in between 200 to 220 kms on a single charge. It will also be produced at company’s Pune plant.