Tata Motors reached a major milestone at the 89th Geneva International Motor Show (GIMS), when it unveiled five new cars that comprised one European premier and four Global premiers. With their unique, stylish design and advanced features, all five cars generated immense interest among the audience. Tata Motors display area was buzzing with activity and auto enthusiasts from across the globe could be seen checking out the five cars, clicking pictures and taking notes.

These five cars are Altroz hatchback with petrol / diesel engine, Altroz EV with full electric motor, Buzzard 7 seater SUV based on Harrier, H2X mini SUV based on ALFA platform and Buzzard Sport, which is nothing but India’s Harrier. 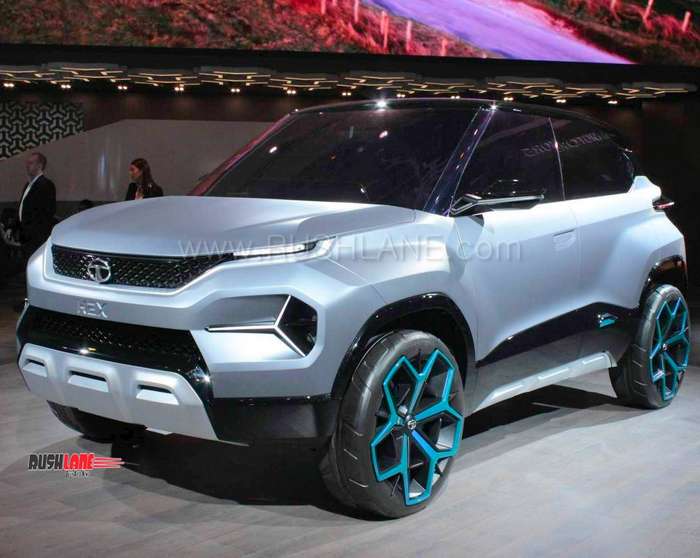 Either of their four new cars could easily have fit the bill of being the showstopper / or the highlight of Tata’s 2019 Geneva showcase. But the company decided to name H2X (Hornbill codename), the smallest of their car on display at the show, to be its showstopper. Why? Well, this is one car which is going to be one of the biggest launches from Tata Motors in 2020, if all goes as per plan.

In a video by ZigWheels, Head of Design at Tata Motors, Pratap Bose has revealed interesting new details regarding the H2X. As per Mr Bose, the H2X is about 70-80% production ready and is most likely going to debut in production format at the 2020 Auto Expo in February next year. It has been built on the ALFA platform, on which the Altroz and the Altroz EV are based. The idea behind developing the H2X, was to showcase the flexibility of ALFA platform – how versatile it can be. Tata H2X is 3850 mm in length, which makes it longer than Tiago, and rivals Maruti Ignis, Mahindra KUV100. But it is shorter than Tata Nexon. Thanks to Alfa and Omega platform, Tata plans to offer SUVs in every size and every price range possible. More details in the video below.

Another interesting fact is that the H2X is wider than the Nexon in its current format, but that may change once the production spec version arrives. Wheelbase of H2X is same in size as that of Maruti Swift. Longer wheelbase implies better handling and driving dynamics. What about safety? Mr Bose says that the Alfa platform is 5 star rated safe platform. Cars built on this platform are aimed to deliver 5 star safety from Day 1. Expect the mini SUV to be offered with only petrol engine option mated to manual as well as AMT. It could also get electric and hybrid option in the future. Price could start from Rs 4-5 lakhs, ex-sh.

Tata H2X Concept is a futuristic looking city car, offering the best in design, performance, connectivity and space. It is based on ALFA architecture and has IMPACT 2.0 design at its core. Tata Motors is currently implementing its Turnaround 2.0 strategy, with focus on both local and international markets. With the launch of five new cars at 2019 Geneva International Motor Show, Tata Motors has come a step closer to realizing its global ambitions.