An official teaser, release earlier this week, revealed the rear design of Tata’s new 7 seater H7X for the first time. Tata H7X, as this 7 seater model is known as on date, will be positioned on the same platform as the Harrier 5 seater, but will be 62mm longer so as to accommodate a 3rd row of seats. It is slated to make it public debut at the 2019 Geneva Motor Show next week, where it will be at the Tata Motors stall along with the Altroz, Altroz EV and Hornbill.

Everyday Tata Motors is teasing something new about their cars, to keep the excitement going among fans. Today, they have revealed a teaser, which confirms the presence of Automatic gearbox on board the H7X. Not only that, it will also get Jaguar Land Rover inspired gear knob, first in segment electronic parking brake. 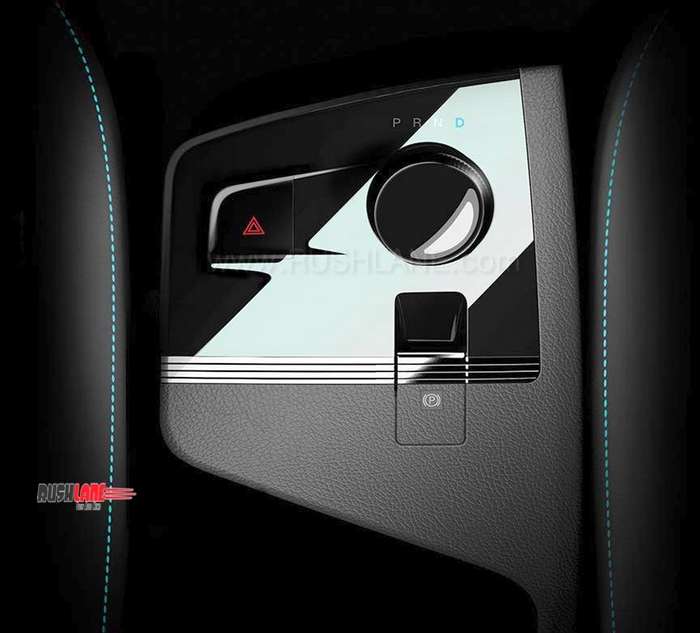 Tata H7X will feature a similar design in the front, as the Harrier 5 seater. Both cars are based on the Land Rover D8 platform and feature IMPACT Design 2.0. Thanks to this platform, both cars feature best in class handling and driving dynamics. Sketch also reveals presence of footboards and roof rails. It will also be seen with a chrome strip running across its window line along with horizontal LED tail lamps. Spy shots also reveal that the new SUV will boast of a larger windscreen, LED DRLs and tri arrow fog lamps, a sloping roofline and a shark fin antenna.

Tata H7X 7 seat Harrier Automatic interiors will be spacious and will receive on board features such as electrically adjustable front seats, leather encased dashboard, a large 8.8”touchscreen infotainment system offering Apple CarPlay, Android Auto and MirrorLink and a 7.1” colored screen on its instrument cluster as MID. It will also be seen with rear AC vents, USB charging points, cooled cup holders and a sunroof. Safety features will include rear parking camera with sensors, brake assist, airbags and traction control along with ABS and EBD offered as standard. 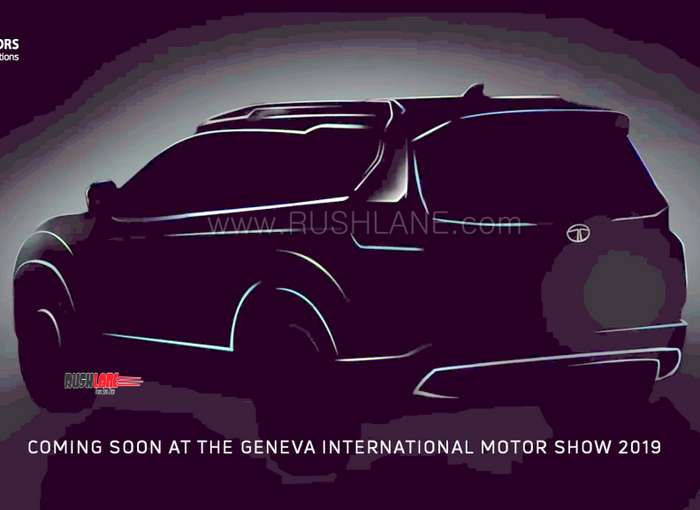 Multi drive modes with terrain response system will also be on offer along with a 4×4 option. It will also get Advanced Electronically Controlled Variable Geometry Turbocharger (eVGT) for low end torque with linear power delivery ensuring low carbon footprint. Tata H7X will receive a new name, when it is launched later this year. It is also expected to carry a higher price tag as compared to the Harrier, which is priced from Rs 12.69 – 16.25 lakhs, ex-sh.