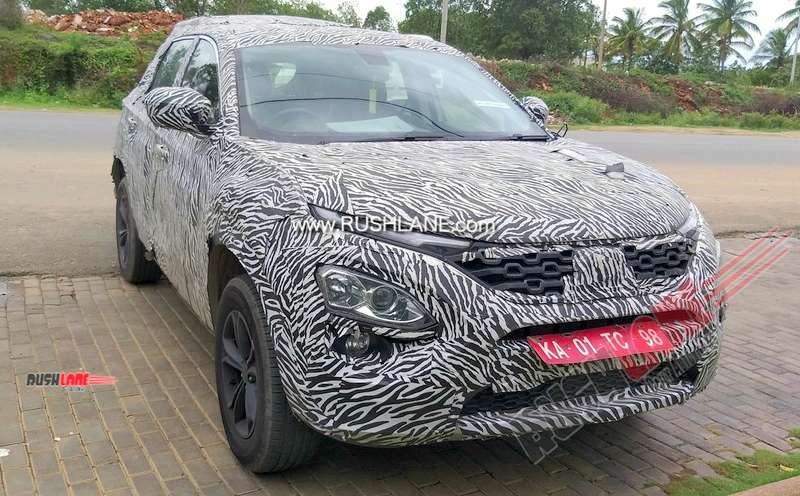 The premium crossover battle in India is heating up and Tata Motors is leaving no stone unturned to keep its Harrier in fray. After introducing some minor improvements like dual-tone color theme, optional sun-roof (as an aftermarket accessory), the automaker will now bestow its flagship product with an automatic transmission.

A fully camouflaged test mule of Tata Harrier automatic has been spotted at a public parking lot in Bangalore. Hat tip to automotive enthusiast Deepak Sharma for sharing the spy shots. The gear lever is a clear give away. No other visual changes are noted on the inside as well as outside (with the exception of black alloy wheels).

While the Harrier’s 2.0-liter diesel engine is sourced from FCA (a more powerful version of the same unit powers the Jeep Compass), the automatic transmission is reported to be sourced from Hyundai. If this turns out to be true, then the Hyundai Tucson’s 6-speed torque-converter automatic unit is a viable candidate. 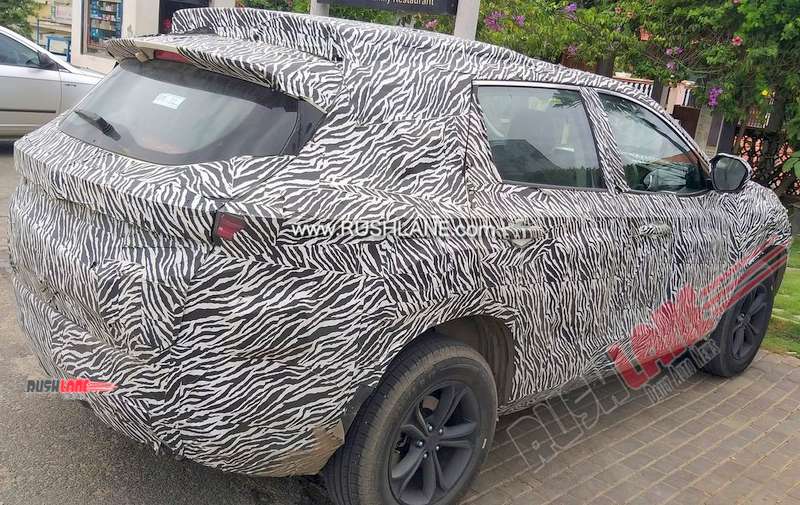 The top two trim levels are expected to offer automatic transmission options at a premium of around INR 1-1.5 lakh over the manual variants. The addition to AT to the lineup is expected to enhance the crossover’s appeal significantly since a good proportion of audience in this segment prefer clutch-less driving.

The Harrier automatic has been undergoing extensive trials for a while now, indicating that it could be introduced before the end of this year. A festive season launch is a real possibility. Tata Motors would be hoping that the introduction of automatic variant would help the crossover to hold its ground against the MG Hector and Kia Seltos. With Harrier sales on decline, launch of new variants will help Tata boost sales. They will also launch an all Black Edition of Harrier this month.

Tata Harrier automatic will come with BS6 diesel engine, which will deliver 170 PS power and 350 Nm torque. This engine is already upgraded to BS6, and is on offer with Jeep Compass Trailhawk. Apart from Tata Harrier automatic BS6 diesel, Tata Motors is also working on the longer version of the Harrier which debuted at the Geneva Motor Show earlier this year carrying Buzzard nameplate. At the time of unveil, Tata said that the Buzzard is an international-spec brand name and the company hadn’t decided what to call it in India.

The Harrier 7-seater features an extruded rear overhang with a completely different design that prioritizes interior space. There is decent space for luggage with the third row of seats deployed. To haul the extra heft, the engine will be offered in a higher state of tune (170 PS just like Jeep Compass and MG Hector) from Day 1.