Last week, news about an authorized Tata dealer listing new Atlas Black colour on the price list of Harrier was reported. Tata officially communicated that this was an error on the part of the dealer, and there was no such colour (Atlas Black) on offer yet. 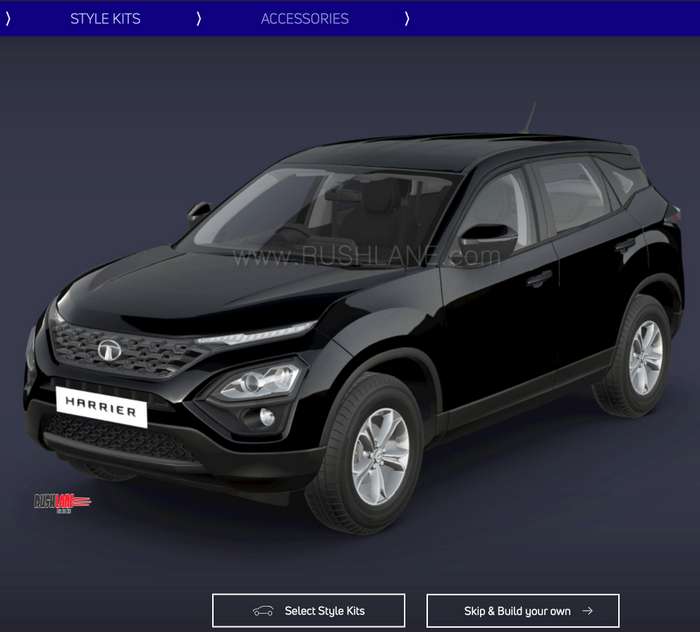 Now, a few days later, the same Atlas Black colour has appeared on the official site of Harrier – http://harrier.tatamotors.com. Just like their other popular cars, Harrier can also be customized online, via the Imaginator section. In here you can select the dealer, variant, colour, add customization and pay booking amount.

It is while booking the Harrier via imaginator, automotive enthusiast Tirath Faldu noted an anomaly. After selecting preferred dealer, colour option and the variant, the Imaginator app shows the car. But when you change the variant, you get to see the new black colour for a split second, as shown in the video below.

Yes, it is more likely to be a bug in the imaginator, which is leading it to show the Harrier Black colour. But, there is also no denying that somewhere in the database of the official Tata Motors site is the image of Harrier in Black shade. It remains to be seen if or not, Tata Motors officially announce the launch of Harrier Black colour option.

Tata Harrier colour options has been a topic of discussion ever since the car was launched. Another addition to the Harrier colour scheme could be dual tone, something which Tata already offers with their more affordable cars – Tiago and Nexon. Harrier dual tone demand got boost when a dealer modified Harrier in dual tone was delivered. The delivery video has recorded over a million views via multiple sources and social media platforms. This does show the high level of excitement enthusiasts and probably buyers have. For now, Harrier continues to be on offer with the listed single tone 5 colour options. Future updates will most likely include addition of new colour options.