Mr Butschek said, “We have more than 10,000 pending orders, which is extremely strong. Could we have done better, sure. I would have loved to. From my own expectations of delivering exceptional quality, we did not meet expectations, but we were good so far and improving every day. We are booked for the next four months and I think that is a good show.” 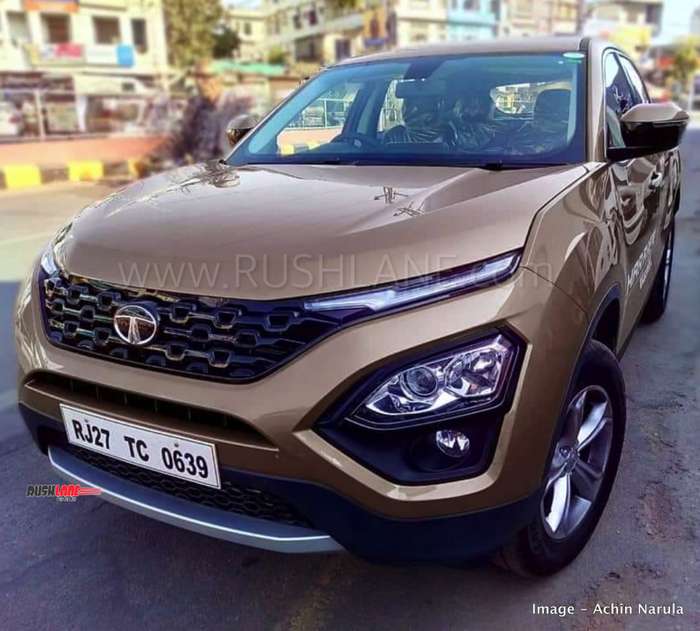 Launched in the second half of January this year, Tata Harrier deliveries have been slow. In Jan 2019, the car maker delivered about 420 units, and in Feb about 1,450 units were delivered. In spite of having 10k bookings, the deliveries are comparatively slower.

Some of the consumers who have booked, are complaining that they are not able to get the variant of their choice, and if variant is available, than colour is not available. As per dealers we spoke to, production of entry and mid level variants started at a later date, which has added to the delay.

Another reason Tata Motors is taking time with the delivery is that they want to focus on quality. Mr Butschek said in the interview that there were some niggles at the start, but those have now been resolved. In the sales release of last month, Tata said that they are now looking at increasing the production of Harrier, which will bring down the waiting period. As of today, waiting period stands at 4 months.

Tata Harrier is offered in 5 exterior color options of Calisto Copper, Thermisto Gold, Ariel Silver, Telesto Grey, and Orcus White. It is priced from Rs.12.69 lakhs to Rs.16.25 lakhs, ex-sh. Tata Harrier is powered by a 2 liter Fiat sourced Multijet turbocharged diesel engine offering 140 bhp power and 350 Nm torque mated to a 6 speed manual gearbox. Tata Motors is also working on an automatic variant of the Harrier which will see use of a 6 speed torque converter sourced from Hyundai. Petrol Harrier is also planned for launch in 2020. It will get 1.6 liter BS6 engine.