Tata Harrier BS6 has been launched at Auto Expo 2020 with higher power and new colour choice.

Tata Motors has brought down the BS6 version of the Harrier 5-seater SUV to the ongoing Auto Expo 2020. Compared to the outgoing BS4 model (which had stood as the brand’s flagship for almost a year), the new BS6 Harrier comes with significant improvements to the engine as well as equipment.

The Tata Harrier BS6 bookings were already started a few days back for Rs 30,000. Changes in the new Harrier comes in the form of a panoramic sunroof, two-tone 17-inch five-spoke diamond-cut alloy wheels, 6-way adjustable powered driver seats, auto-dimming ORVMs and of course, the introduction of an automatic transmission. The Tata Harrier automatic variants form three choices: XMA, XZA and XZA+. There is a new Tata Harrier BS6 colour – Calypso Red (red/black dual-tone). Most of the existing colour shades are still available.

The 2020 Tata Harrier is powered by the same 2.0-litre Kryotec diesel power plant, but compliant to BS6 emission norms. It makes around 168bhp (170ps) and 350Nm of torque. As mentioned before, the power has gone up by around 30bhp. 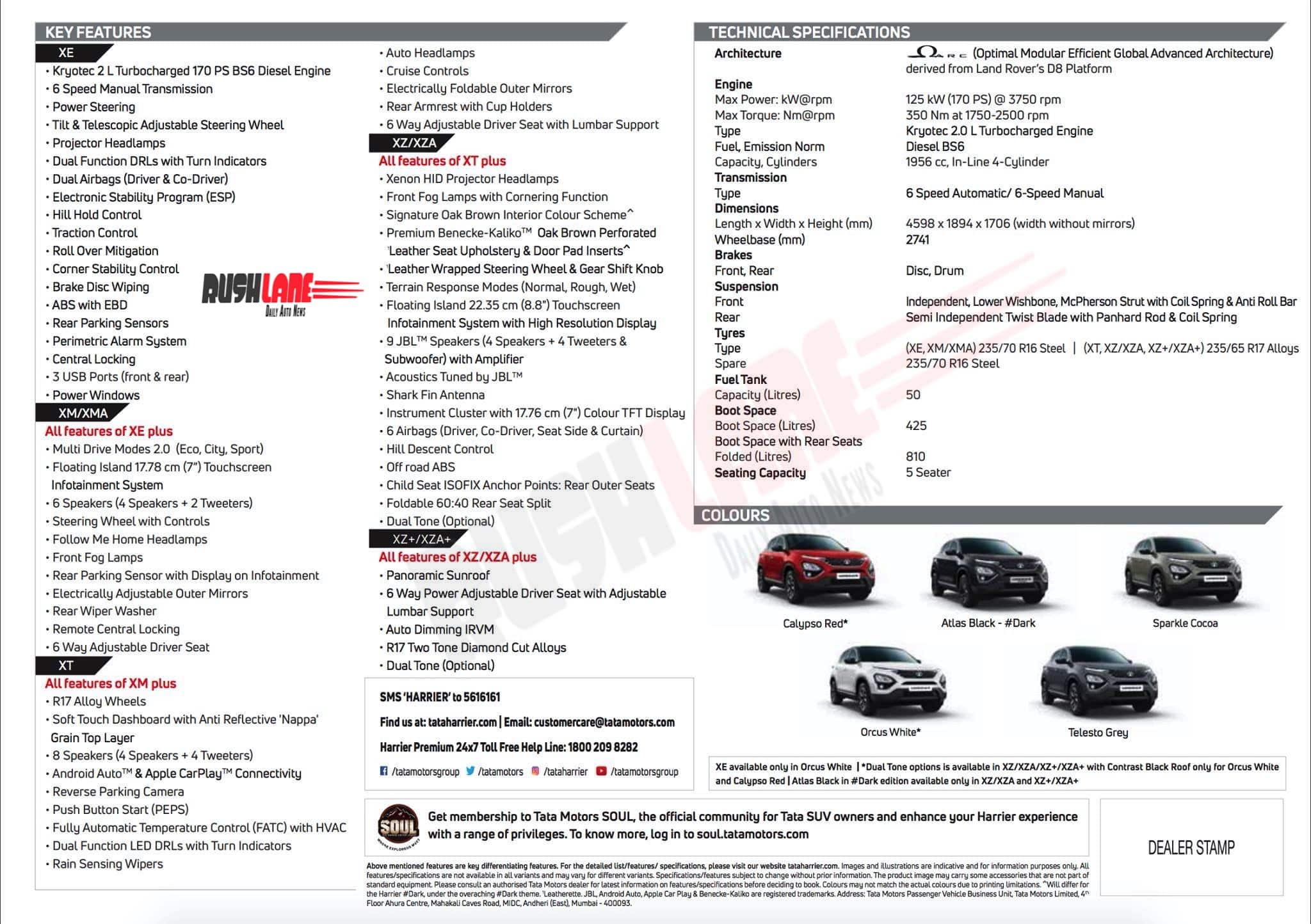 The new Tata Harrier BS6 is claimed ‘to set new benchmarks and a deliver segment-leading performance’. With the improved power figures and overall desirability, we do not doubt this statement and the Tata Harrier is bound to garner a lot of sales in the five-seater SUV market.

The Tata Harrier primarily rivals the likes of the MG Hector and Jeep Compass. Interestingly enough, both the 5-seater SUVs employ the same engine in the Harrier (which has been derived from FCA’s proven 2.0 Multijet II diesel mill) and puts out similar power figures as well. The MG Hector has made a debut in 6-seater ‘Plus’ variant at Auto Expo 2020 while the Compass is coming in an updated BS6 format.