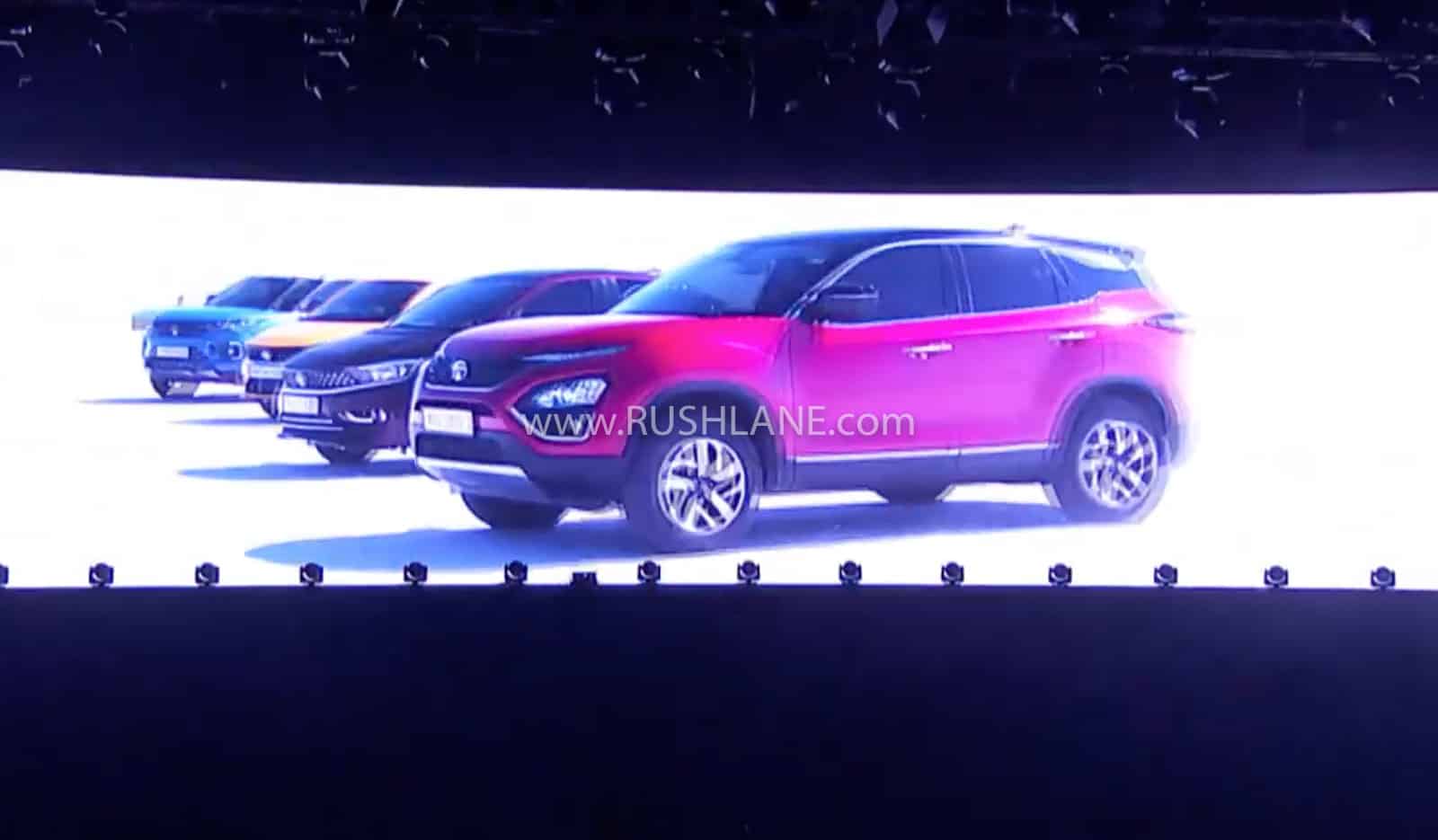 At the launch of new Altroz hatchback today, Tata Motors has also teased the upcoming Harrier BS6. It is expected to be launched at the Auto Expo next month.

Current Tata Harrier 5 seater SUV has had its fair share of updates ever since it was launched in January 2019 positioned between Nexon and Hexa. First came in the Dual Tone variant which was followed by the Dark Edition Harrier. The sunroof was then offered as an accessory while the company then introduced the Harrier with a 5 year/unlimited km warranty pack. It will now get its biggest update yet.

Tata Harrier BS6 has been in the making for quite some time now. Spied with camouflage in the past, today, at the launch of Altroz, Tata Motors showcased the new Harrier BS6 in detail. The exteriors as well as the interiors were revealed. Tata Harrier BS6 will come in a new red colour scheme with black piano roof – giving it a dual tone finish. There are also the 18 inch dual tone alloys on the side, replacing the current set of 17 inch alloys.

The engine will continue to be BS6 2.0 liter diesel unit, borrowed from Jeep Compass. This unit in Harrier BS4 generates 140 hp power. But in the BS6 guise, this unit will deliver 170 hp, making the new Harrier BS6 30 hp more powerful. Torque output will remain at 350 Nm. Transmission will be via 6 speed manual gearbox. There will also be a 6 speed automatic on offer.

In view of increased competition from the MG Hector and Kia Seltos, Tata Motors is adding these new features to the Tata Harrier. Though these added features make the car more appealing, it is also true that they will result in a price hike.

Yes, Tata Harrier BS6 prices will be higher than its BS4 prices. Prices are expected to be increased in the region of Rs 1 lakh to Rs 1.5 lakh, depending on the variant and the city you are in. More details will be revealed at the Auto Expo 2020, which starts on 5th Feb.