Save for the dark green exterior pain job, there are no changes to the Tata Harrier CAMO Edition

Tata Motors recently filed a trademark for Harrier CAMO brand and just as we suspected, it turned out to be a festive season special edition. While they name may indicate proper camouflage livery, Tata’s interpretation is a monotone dark green paint job.

In addition to the special exterior colour, the Tata Harrier CAMO Edition also receives matching dark green alloy wheels. There are no other visual differentiators compared to the regular variant. The special edition version of Tata’s current flagship XT, XZ, XZA and their respective ‘+’ variants. Images are credit to MotorLogy, Ninad Deshmukh and Vedant Patil. 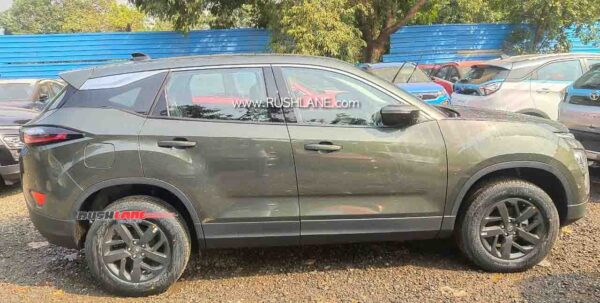 The spy shots show that the new variant has started arriving at the dealership from the beginning of this month. The Harrier Dark edition with black finish has managed to garner good response in the market and we expect the CAMO to do well as well.

In terms of features and mechanical specifications, the Tata Harrier CAMO edition is identical to the regular variants. Pricing details will be released soon and we expect a marginal premium for the special colour theme which is identical to Nexon’s foliage green. 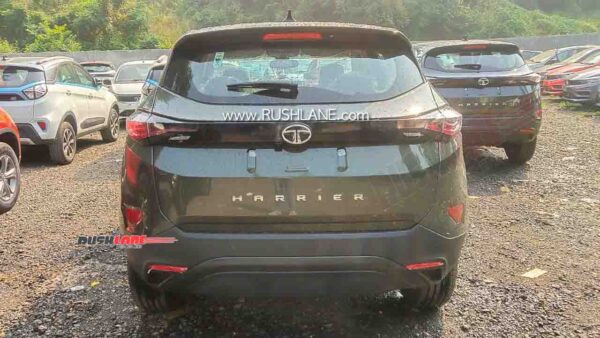 Specifications at a glance

To recap, the Tata Harrier which is underpinned by Land Rover-derived OmegaArc modular platform is powered by a 2.0-liter turbo diesel engine which is sourced from FCA. In its BS6 avatar, the oil burner which also caters to the Jeep Compass dishes out 170 hp and 350 Nm of torque.

A 6-speed manual or a torque-converter automatic propels the front wheels. Despite its Land Rover roots, the Harrier does not offer all-wheel drive system even as an optional extra.

The leaked trademark filings by Tata Motors indicate that the Dark and CAMO suffixes can be used on Tiago, Tigor, Altroz and even the upcoming Gravitas. We may see a few of the aforementioned special editions hitting the showrooms in the coming days to take advantage of the strong moment the automaker has been having of late.

Speaking of momentum, last month, Tata Motors registered their highest ever sales performance in the last 99 months with an impressive growth rate of 79%. In addition to brisk selling Tiago, Nexon and Altroz, the Harrier too has been showing remarkable recovery performance post lock down. The company would be aiming to consolidate its strong run by introducing the Gravitas 7-seater and Harrier petrol sooner than later.