Update (9:45pm) – Tata Motors statement, “The quote mentioned in the article and attributed to the Tata official is factually wrong. In fact, we haven’t yet made any official announcement with respect to the safety ratings of Harrier.” 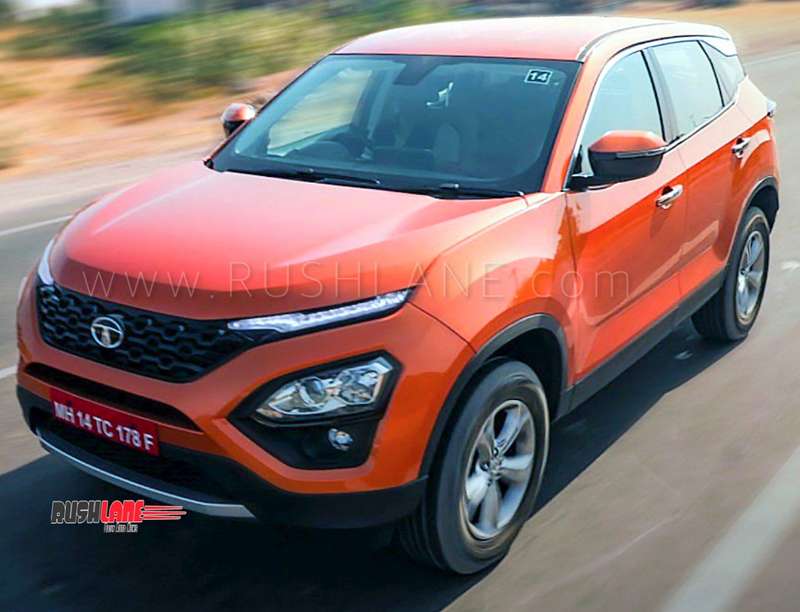 But what does this solid built and strong characteristics translate into at a crash test facility? Cause a solid build quality does not guarantee top points in the safety rating. We have seen new Jeep Wrangler score 1 star and Fiat Punto score a 0 star. Both cars are considered among the best built cars.

Update (9:45pm): Currently, India awaits a recognised star rating system for car safety to be implemented. An excerpt from a source we spoke to indicated –
Qn – Has the car been crash tested?
Ans – The car has been crash tested, and has passed all the safety norms laid out by Bharat NCAP.
Qn – Where was it crash tested?
Ans – It was crash tested in India by us in the presence of officials from ICAT.
At the Harrier media drive last week, we asked about crash test rating of the Harrier to Tata Motors officials. The official replied, “[Redacted] [Redacted]”

Tata Harrier is powered by a 2.0 liter Kryotec diesel engine which comes in with e-VGT – Electric Variable Geometry Turbocharger technology along with advanced EDG and After Treatment System. The diesel engine is BS VI compliant and offers 138 bhp power at 3,750 rpm and 350 Nm torque at 1,750-2,500 rpm mated to a 6 speed manual gearbox.

There is no petrol engine or automatic transmission offered on the Harrier at launch. But Tata has confirmed these will be added later. Price range of the Tata Harrier is in the Rs 16 lakh to Rs 21 lakh, on road. It will take on Hyundai Creta, Jeep Compass and Mahindra XUV500.