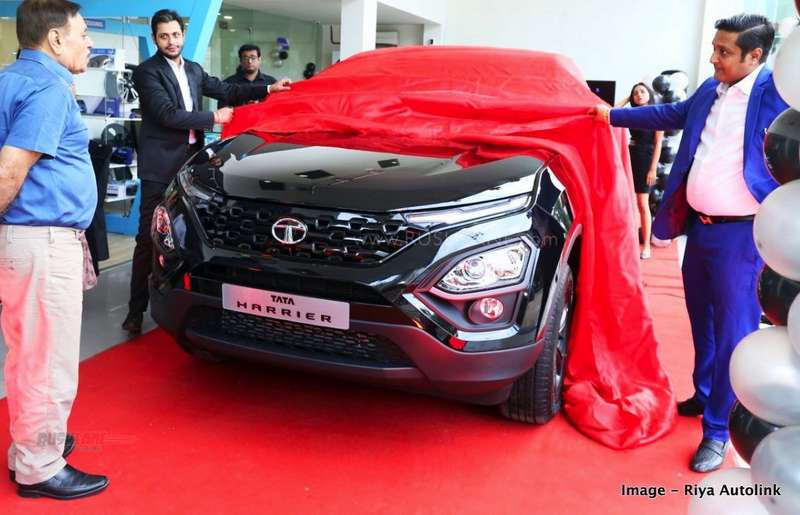 The Dark Edition is an all black Tata Harrier inside and out. First owner has taken delivery, of this newest Harrier variant. An exclusive Atlas Black exterior paint shade is seen across its exterior and across every element with very limited use of chrome. The black color scheme extends even to its faux skid plates and exhausts which are normally finished in chrome.

The only bits of chrome are seen on the roof/window line and on the logo while the ‘DARK’ badging on the front fender is also chrome finished. The 17” alloy wheels are also given a black colour finish and fitted with Goodyear tyres as against the Bridgestone tyres seen on the regular Tata Harrier.

Tata Motors also recently announced the introduction of a sunroof for the Tata Harrier which will be an official accessory priced at Rs.95,000. Below is the first walkaround video of the new Tata Harrier Black Edition by AutoTrend TV YouTube channel. Interiors as well as exteriors have now been detailed.

The interiors of Tata Harrier Dark Edition also see the all black colour scheme. The overall design and features are the same as that seen on the regular Tata Harrier. The dashboard now in a new Blackstone Matrix colour scheme but gets gunmetal grey detailing in the center with the Humanity line running across the dashboard.

Black Benecke Kaliko Blackstone leather seats and door insets are seen with contrasting grey stitching while there is perforated black leather finish seen on the door handles and the steering wheel. The only non black colored element is its roof liner which continues in a grey color tone.

Infotainment and safety features on the Dark Edition are also the same as that seen on the regular Harrier with an 8.8” touchscreen infotainment system with Android Auto, 9 speaker JBL audio system, 7” color MID and steering mounted controls. 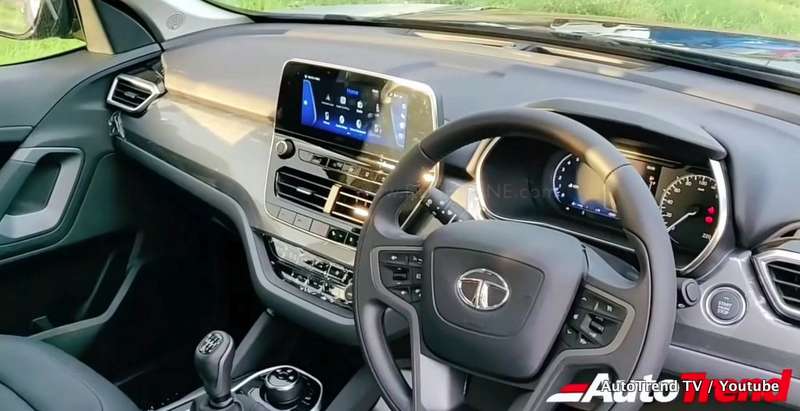 There are also no changes made to the engine of Tata Harrier Dark Edition. It is powered by a BS IV compliant 2.0 liter Kryotec diesel engine offering 140 PS power and 350 Nm torque mated to a 6 speed manual transmission.

There is also a more powerful engine BS VI engine being planned for launch which is slated to offer 170 PS power and 350 Nm torque mated to a 6 speed automatic gearbox. The Tata Harrier is priced from Rs.13-16.76 lakhs and competes against the MG Hector, Mahindra XUV500, Jeep Compass, Hyundai Creta and Kia Seltos. Below is the photo gallery Tata Harrier Dark Edition in all its glory.