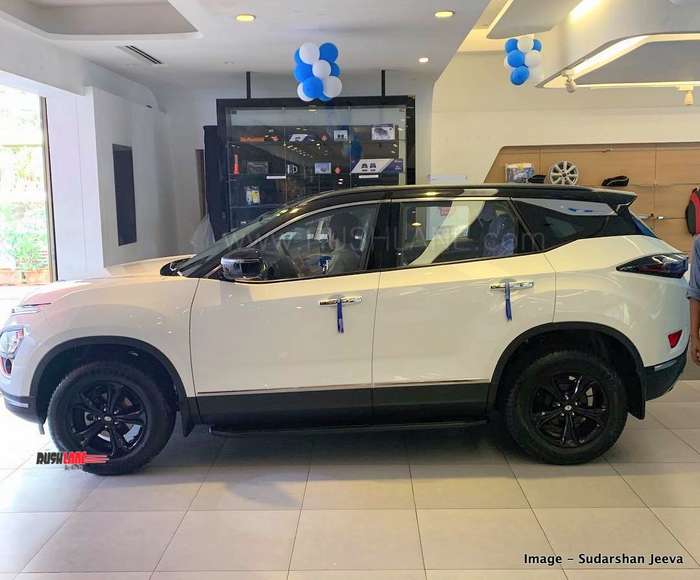 We have already seen the two mentioned colours in dual tone finish, thanks to some owners of Harrier who have gone ahead and applied the dual tone effect; via the aftermarket route. 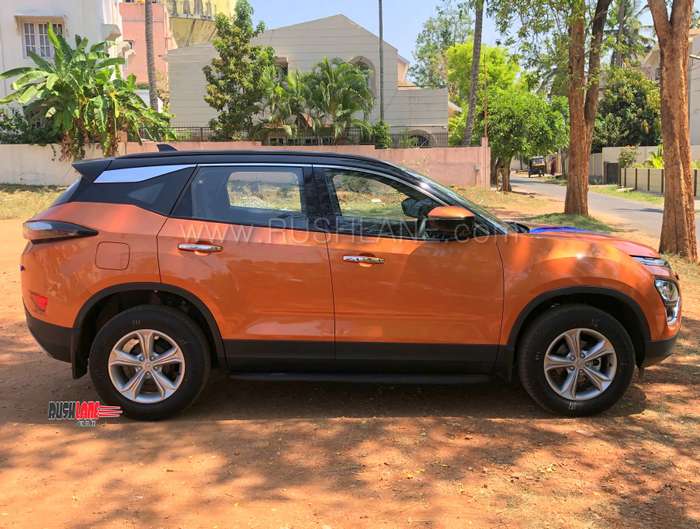 The addition of dual tone colour options comes just a few days ahead of MG Hector launch. Touted as a threat to Harrier, MG Hector will launch later this month in India. From day 1, Hector will be offered with features, which buyers were expecting to see in Harrier. Features like petrol engine, automatic gearbox, sunroof, etc.

With price of Hector yet to be revealed; if one is to believe dealer expected prices, Hector will undercut Harrier in pricing as well. In spite of offering more features; Hector is reportedly going to undercut Harrier by up to Rs 2 lakhs.

Ever since launch, Harrier sales have been impressive. With sales averaging at about 1,800 units a month, Harrier is currently the best selling car in the segment. Its sales are far more than that of Jeep Compass as well as Mahindra XUV500. It remains to be seen if the launch of Hector has any effect on Harrier sales or not. 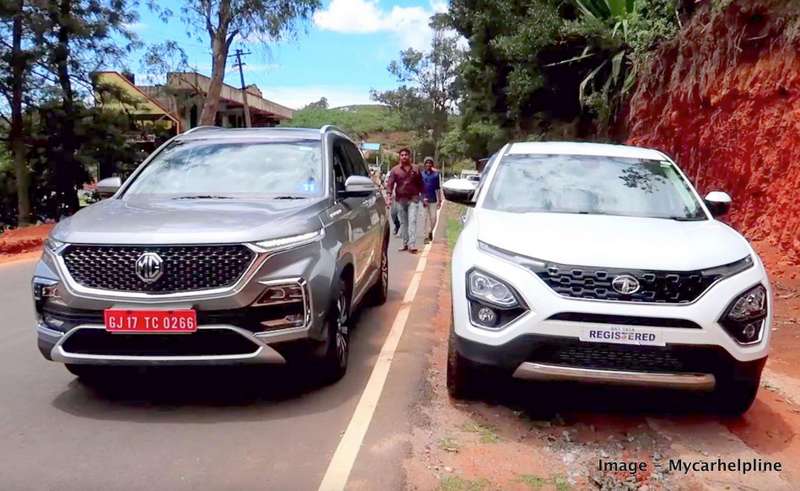 Tata Motors has started working on upgrading Harrier engine to BS6. They are also working towards launching Harrier petrol as well as Harrier automatic. But it is not clear as to when these will be launched.

Next launch from Tata Motors is that of Altroz premium hatchback. It will be launched in the coming weeks, to take on the likes of Maruti Baleno, Toyota Glanza, Hyundai i20 and Honda Jazz. Post Altroz, Tata will launch 7 seater variant of Harrier, which was showcased as Tata Buzzard at the 2019 Geneva Motor Show earlier this year.