Tata is clear in its dialogue that sales stability is attributed to its range of new gen vehicles that have generated demand. Tata Motors new vehicle design language, and new vehicle platforms have breathed life into the company, and generated consumer interest and dialogue around its cars. 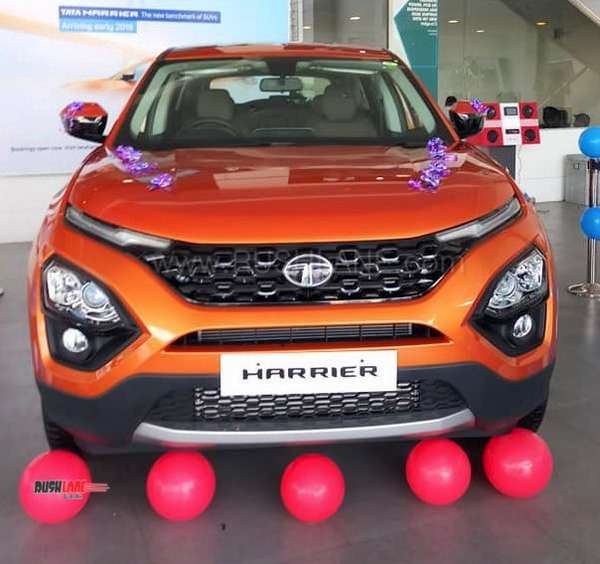 This goes a long way and keeping potential customers interested. Tata Motors big launch for the year, the 5-seater Harrier SUV was introduced in January. Following monthly sales of 422 units in Jan, for Feb ’19, the company has registered sales of 1,449 units of Harrier SUV. Tata Motors expects Harrier sales to go up as production is increased. Rival Jeep Compass SUV sales for Feb 2019 stood at 1,304 units.

At the ongoing Geneva Motor Show, Tata Motors is showcasing the 5-seat Harrier as Buzzard Sport. This is primarily because overseas, Toyota already sells a Harrier. Simultaneously, the brand is also showcasing the Harrier based 7-seat SUV, Buzzard. Though this is a name in use now, Tata motors has mentioned that it is yet to be christened for India. We can expect a name reveal closer to launch here.

Tata Harrier / Buzzard Sport naming protocol is in line with what Land Rover follows, wherein a smaller version of a SUV is given a SPORT suffix, similar to Range Rover and Range Rover Sport. Discovery and Discovery Sport, so, Buzzard and Buzzard Sport are part of that pattern. Harrier in Europe wears larger 19 inch alloys with dual tone machine finish. Tyres are from MRF, 235/55 R19. In India, Harrier wears 235 / 65 R17.

Available in a price range of Rs.12.69 lakhs to Rs.16.25 lakhs and offered in four variants -XE, XM, XT, and XZ, Harrier is built on the Land Rover derived OMEGA Arc platform. In what is a feat in itself, Tata Motors pavilion at the ongoing Geneva Motor Show showcases 5 cars – Altroz, Altroz EV, H2X, Buzzard and Harrier/Buzzard Sport.