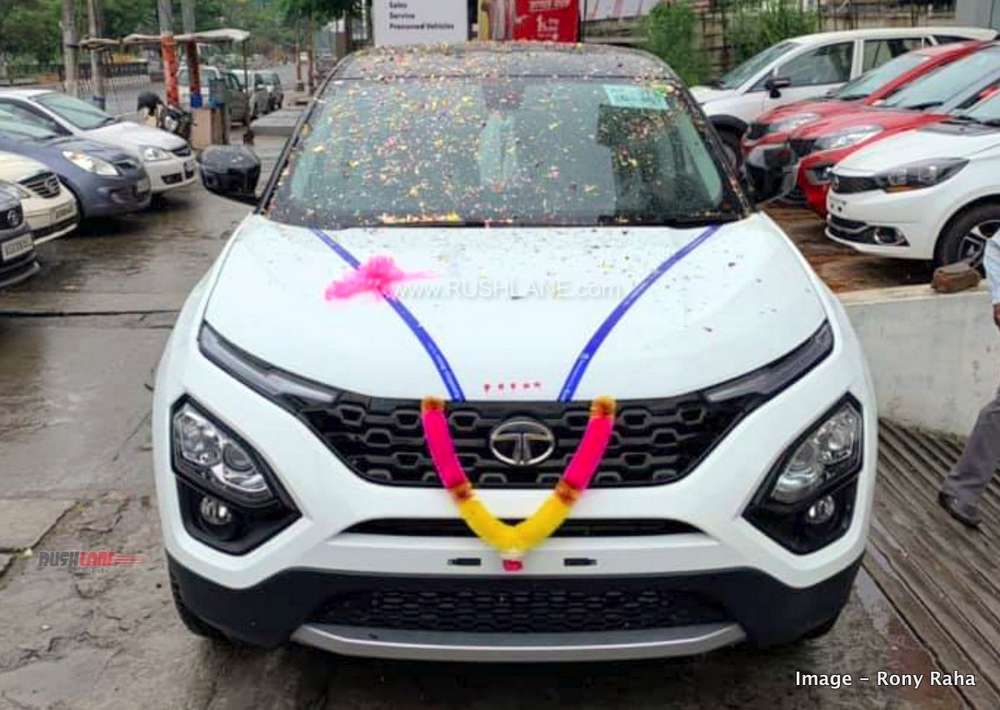 Launched in Jan 2019, Harrier soon became the best selling car in the segment which comprised of Jeep Compass and Mahindra XUV500. Offered only in a single engine and transmission options, Harrier has now been updated to deliver even better experience.

These updates are thanks to customer feedback of about 10,000 Harrier owners over the last few months. A total of four updates have been delivered. First is to the touchscreen system. It now gets improved functionalities, thanks to the new R10.X software.

Second update has been given to the clutch. Compared to before, the new Harrier gets more responsive and Soft Touch clutch, which improves the drive quality immensely, especially if you have to drive through traffic jams. 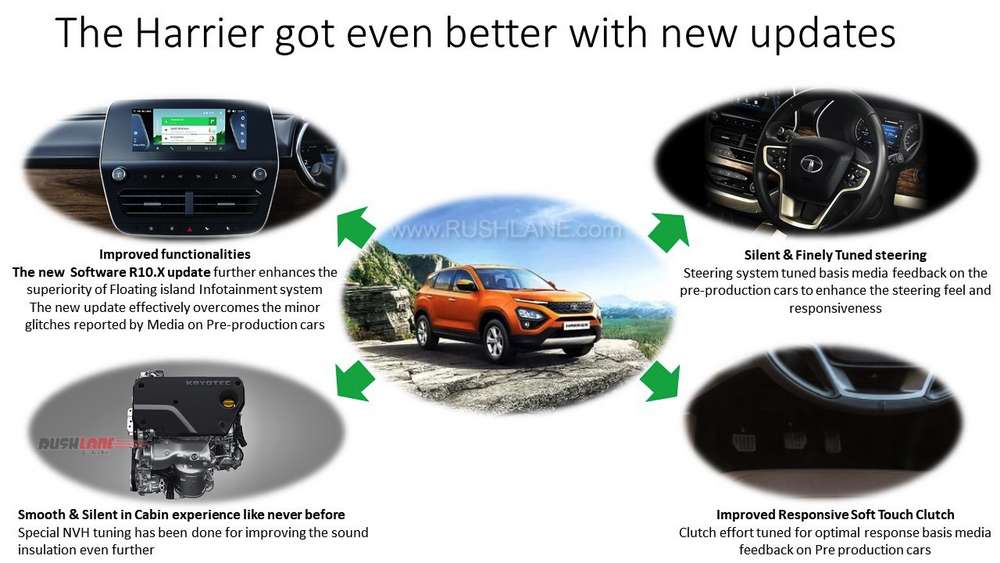 The update has also improved the steering system. It is now even more silent and finely tuned to deliver precise feedback to the driver. The last update is for the passengers. Cabin NVH have been improved even further, to stop outside noise from seeping into the cabin. All units of new Tata Harrier SUVs will come with the above mentioned updates. It is not clear if the above updates will be provided to existing Harrier owners of not.

Tata Harrier is positioned on the OMEGARC platform derived from the Land Rover D8 platform. It boasts of a stunning design backed by a powerful diesel engine. Earlier this month, Tata launched the Harrier dual tone variant, whose deliveries have now started.

Dual tone colour options are on offer with Calisto Copper and Orcus White, which along with the black contrast roof, take the on-road presence of the Harrier to even greater heights.

These new dual tones are offered only on the top spec XZ variant of the Tata Harrier, which is priced at a premium of Rs.20,000 over the regular single toned XZ variant. The regular XZ variant is priced at Rs.16.56 lakhs while the dual toned variant comes in at Rs.16.76 lakhs. All prices are ex-sh

Tata Motors is also working on a 7 seater SUV based on the Harrier. This new SUV was showcased as Buzzard in Geneva earlier this year. Post launch of Harrier 7 seater, Hexa will be discontinued.