That Tata Harrier, production version of the stylish H5X premium SUV concept, is confirmed to be launched in the last quarter of this financial year. Here is our speculative rendering of Tata’s new flagship based on the concept and the subsequent teasers of the production model, created by Pratyush Rout.

The Harrier is the first of two SUVs from Tata’s stable to be based on the new OMEGA platform which is derived from Land Rover’s D8 architecture. The platform serves the hugely successful Range Rover Evoque and Discovery Sport. 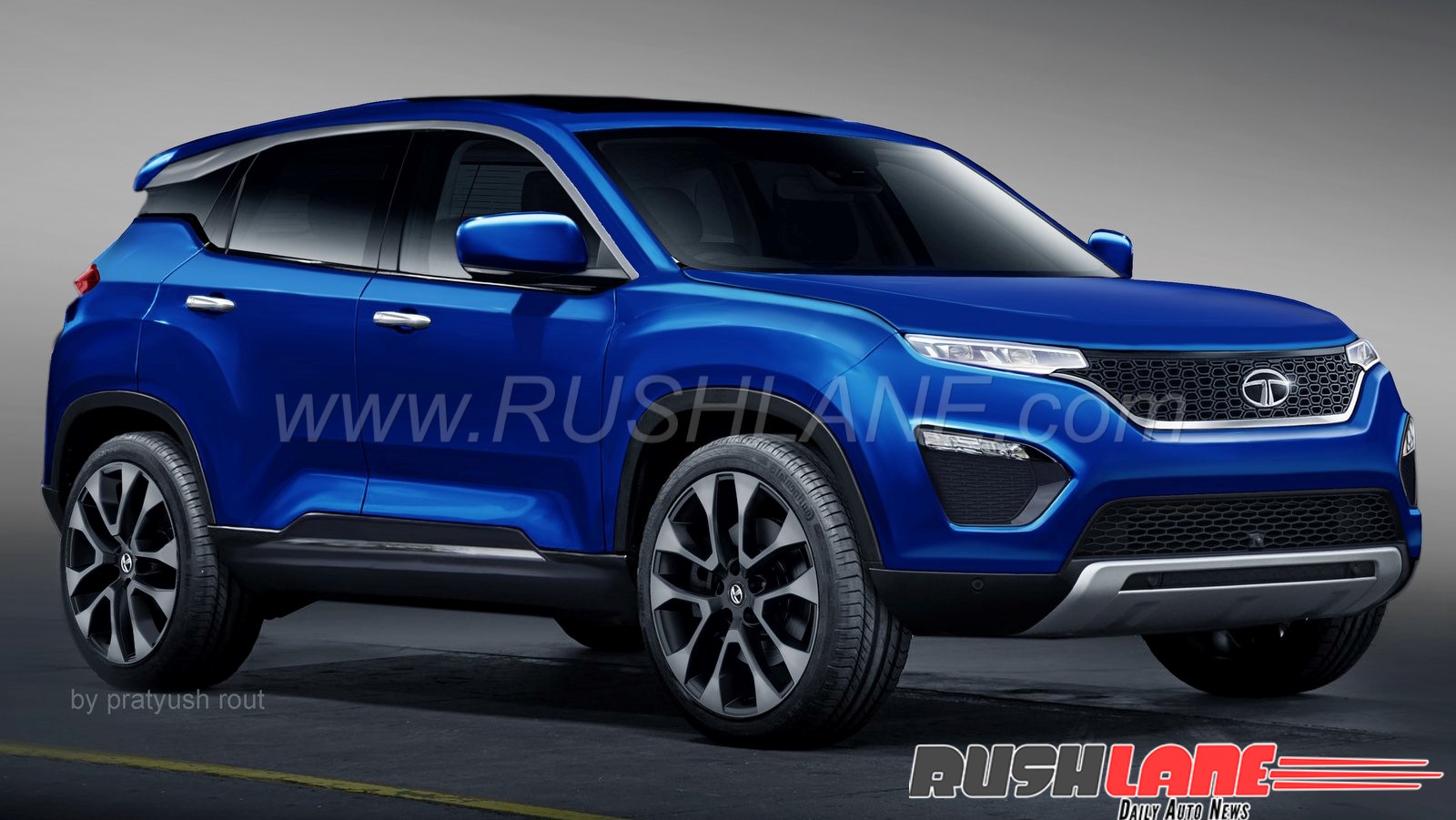 While the SUV is question will come with 5 seats, there is also a larger version in the works which will offer third row of seats. Slated to be launched roughly a year after the Harrier, the 7-seater is expected to carry a new nameplate with sufficient styling differences.

From the looks of it, the Harrier will retain the concept’s shape while finer details will be slightly watered down. The sleek headlamps (most likely to be LED units) nestled inside the trough shaped grille, prominent foglamp enclosures and a silver skid plate would make for a commanding road presence.

Like the exterior, interior is also expected to be largely based on the concept. Expect upmarket infotainment system, digital color instrument panel and even HUD. The SUV will surely be packed with features to rival more upmarket products.

Powering the car is a 2.0 liter diesel engine which delivers 140 PS of power. Transmission options include new 6 speed manual as well as automatic option. 2WD and 4WD options will be on offer. Price is expected to start from Rs 12 lakhs. It will rival the likes of Hyundai Creta, Jeep Compass in India. Tata Harrier will be a global car, and will be exported to many countries around the world.