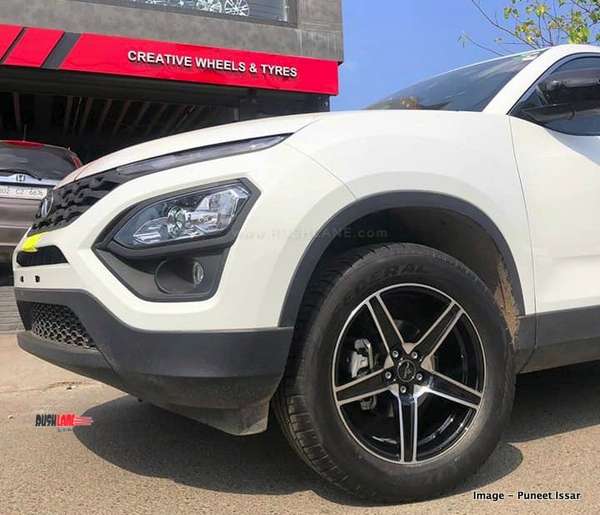 Tata Harrier is one of the most gorgeous looking SUVs in its segment. It is based on the based on OMEGA (Optimal Modular Efficient Global Advanced) platform derived from Land Rover D8 and gets a wheelbase as seen on the Discovery Sport at 2,741mm. However good looking the Tata Harrier is, there are customers who want something better and more exclusive. It is here that aftermarket fitments and modifiers come to the rescue.

Tata Harrier has undergone modifications ever since it was launched in January 2019. There have been buyers who have given the Tata Harrier a Range Rover Evoque stance, modified with dual tone color schemes and has even been modified to look line an off road monster.

The most recent of these modifications has been done for a customer named Puneet Issar. Issar has opted for 18” Plati alloy wheels fitted with 255×55 R18 tyres in place of the regular 17” wheels seen on the stock Tata Harrier. 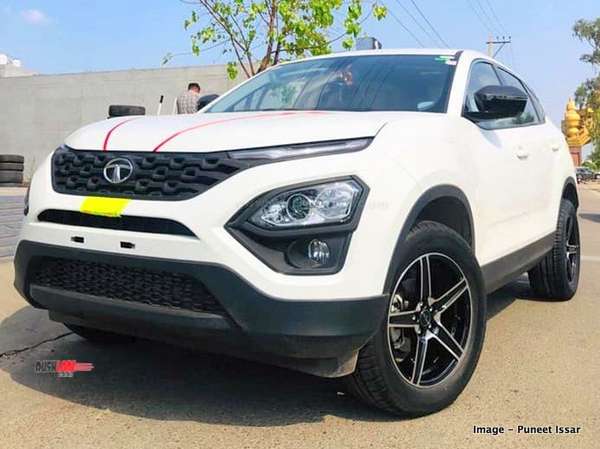 Issar has shown off his modified Tata Harrier on social media. Speaking about the cost, Issar says that the alloys cost him Rs 40,000 while the Federal Tyres cost him Rs 56,000. He spend this amount over and above the cost of his Harrier XM variant, which cost him Rs 15.9 lakhs on road.

When asked, if the new tyres have any effect on the handling / performance of the Harrier, as against the stock tyres? Puneet says that the grip has improved while steering has gotten a bit heavier. Other question asked to Puneet is “Does the increase in tyre diameter (outer rubber) require recalibrate of the speedometer?” To this Puneet replies – “as we go for the bigger diameter the side profile decreases. So there is simply marginal or no change. My XM variant had 70mm earlier. Now I have 55mm. Diameter of wheel increased to 50mm side profile decreased by 30mm.”

Tata Harrier, launched in January 2019 has seen seen increase in sales every month since launch. Tata Harrier competes with the Mahindra XUV500 and Jeep Compass in its segment. In March 2019, sales of the Tata Harrier were above both these competitors, clocking well over 2,400 units. Though the Tata Harrier is offered in XE, XM, XT and XZ variants, it has been found that the top end XZ variant is the most popular among buyers in the country. The Harrier base variant is priced from Rs.12.69 lakhs going up to Rs.16.25 lakhs for the top end variant.