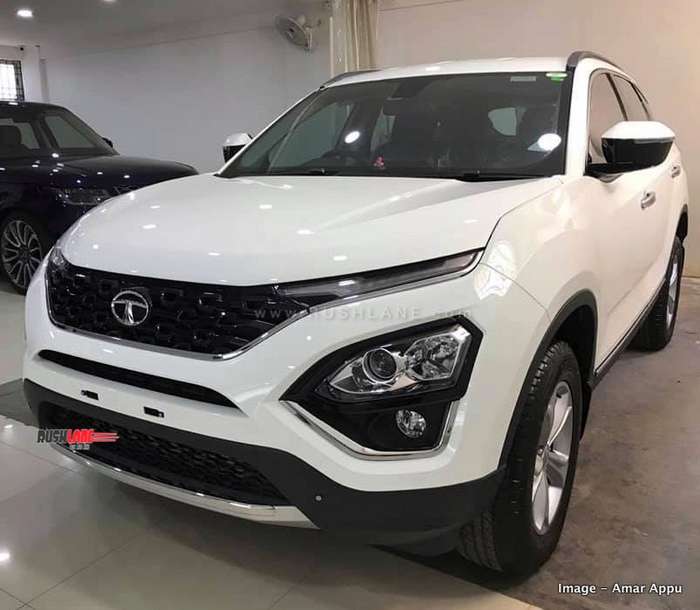 Tata’s latest 5 seater SUV, the Harrier has just posted its highest monthly sales. For March 2019, Harrier sales stood at 2,492 units. Sales of Harrier in Jan and Feb stood at 422 and 1,449 units respectively. Tata had earlier stated that the Harrier did have initial quality issues, but they have now been sorted, and production is increasing gradually.

Booking of Tata Harrier started back in October 2018. Booking numbers were only revealed about 5 months later. As per Tata, Harrier pending orders were at 10,000 units at the start of March 2019. At the current rate of delivery, that implies about 3-4 month waiting period.

In March 2019, Harrier has also beaten Jeep Compass as well as Mahindra XUV500 in terms of sales. Harrier had beaten Compass in Feb 2019, but XUV500 is beaten in sales by Harrier for the first time ever. Below is the detailed sales performance of the three SUVs over the past 3 months. XUV500 leads the pack, with 6,381 units sold, followed by 4,363 units of Harrier and 4,012 units of Compass.

Where its exterior features are concerned, the new Tata Harrier receives the Impact 2.0 design language. It is the first Tata to get the new design language. Following Harrier, all new Tata cars will get the same design language from now on. Harrier is based on the OMEGA ARC platform. It is the same platform on which the Land Rover cars like Discovery Sport, Evoque, etc are also based. This helps in enhancing Harrier’s dynamics and torsional rigidity to best in class.

In the front, Harrier receives a new grille design, lower placed headlamps and seen with LED DRLs positioned above. It gets a sloping roofline, floating D Pillars while design elements to the rear include a molded tail gate with pointed LED tail lamps. The Harrier sits on massive wheel arches and 5 spoke alloy wheels.

Interiors also see a host of features, some of which are first in class and hence found attractive to buyers. These include a large 8.8” free standing touchscreen infotainment system with Apple CarPlay and navigation, a 7” TFT semi digital instrument cluster with an analog speedometer and fully automatic temperature controls. The Harrier gets leather seating and door panels along with a fully adjustable driver seat. In terms of safety, ABS, EBD and 6 airbags are offered as standard along with traction control, hill hold assist and hill descent control and hydraulic brake assist.